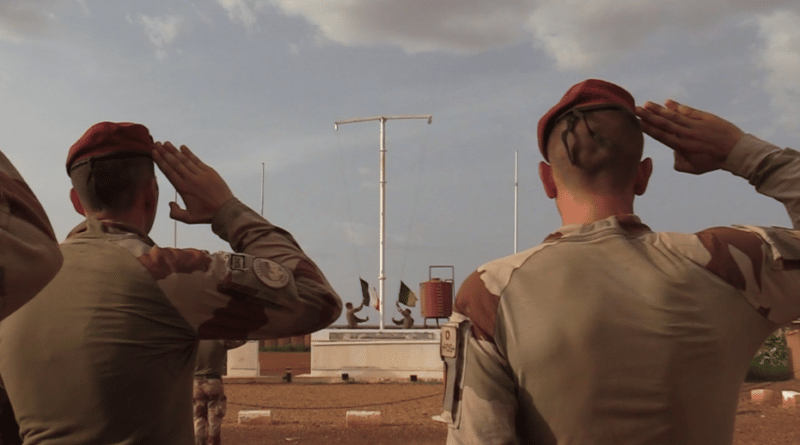 (B2) With the withdrawal of French soldiers from Mali, a cycle of external operations begun in the 2000s in Iraq, Afghanistan and Africa is in fact ending.

The end of a cycle?

Today there are no major military operations conducted by the Allies, Europeans or Americans, with an executive mandate and the exercise of force (1). NATO's big land operation ended in Afghanistan in the summer of 2021 in a hurry. The French operation in Mali has just ended with the withdrawal of the last military base held, Gao (see box). On the European side, the two maritime operations EUNAVOFR Atalanta (Indian Ocean) and EUNAVFOR Med (Mediterranean) have lost much of their interest and are essentially reduced to “circling in the water”. Even the big UN operations are coming to an end. MONUSCO in the Democratic Republic of Congo begins its withdrawal. MINUSMA in Mali is wavering.

Towards operations of another nature

This is not the end of external interventions. But these come back to a more classic deal: supply of armaments, advice, training and practice; intelligence and special forces operations; aerial or underwater reconnaissance, targeted strikes by drones as needed. The idea of ​​a strong presence of ground troops in operations and following the best practices, carried out nationally or multinationally (NATO), with the exercise of force, therefore seems to be turning. The war in Ukraine is an example of this new trend. In the end, we come back to a principle acquired during the Cold War. No Russian-Western (or Sino-Western) frontal conflict. But a war by proxy.

It cannot be said that this frenetic military interventionism from the outside was crowned with success nor was it a factor of stability and peace, even of the fight against terrorism. More than twenty years after the military intervention (US + NATO) in Afghanistan (2001), the Taliban are back in Kabul. And the country is still in the doldrums. Almost twenty years after the military intervention (US + Allies) in Iraq (2003), the country has still not recovered. Iranian influence is stronger there than ever, as in much of the Middle East (Yemen, Syria, Lebanon). Nice result! More than ten years after the (Franco-British + NATO) intervention in Libya (2011), the country is delivered to chaos, remains the door open to all traffics. And Africa has lost one of its poles of attraction and ultimately of balance. The worst example of ill-prepared, ill-judged intervention. Finally, almost ten years after the intervention in the Mali (2013), power is in the hands of the military, close to Moscow. Russia has regained a foothold in a key country in the Sahel. And the terrorists are still at work, not only in Mali but now all over West Africa.

At least three reasons for failures

It will take a moment to look back and examine the reasons for these serial failures or semi-failures. We can of course condemn any external military intervention outright. Easiest solution. It would be necessary to qualify the statement: to examine where were the faults of this operational mode. Briefly, we can give three lines of thought. First, the vagueness of the objectives. Some operations were sometimes conceived in a hurry, sometimes for sometimes very personal reasons (cf. Sarkozy in Libya). They then often deviated from their initial objective (2). Second, the strategy of chaos or stagnation. Some operations were interrupted once the power in place was destroyed (Iraq, Libya) leaving some chaos in place. Other operations (Afghanistan, Barkhane) were long-term without really knowing what the final objective was, if not that of staying put. Third, most of these operations were designed beyond any real control or public feedback. The role of parliament in France has been reduced to a chamber for recording presidential decisions. Ditto on the side of NATO operations in Afghanistan or Libya, authorized by a complacent United Nations Security Council.

The French operation in Mali is a typical example. Designed as a rapid intervention to deal with a terrorist progression towards the capital, Bamako, Operation Serval launched in early 2013 was a success. Its transformation into a regional operation, called Barkhane, with an anti-terrorist aim, was less glorious. The objective was more vague and multiple, between the reconstruction of the Malian armies and the Malian State, military cooperation, the eradication of terrorist groups, the stabilization of the State, preventing any foreign interference, we only had spoiled for choice. He was misunderstood by the local populations and even by the armies. And the weakness of its results remains obvious. Even at the military level, the record is not miraculous. Admittedly, several thousand “terrorists” have been neutralized. Admittedly, the prospect of an Islamic caliphate in Mali has been remote. Admittedly, the risk of an attack in France did not materialize (3). But there are still as many members of terrorist groups there. These have now made a “spread of oil” clearly threatening several countries in the region, starting with Burkina Faso and Niger, and even Benin and Togo. And the reconstruction of the Malian state did not happen… Finally, the departure of the French soldiers is neither voluntary nor programmed. It is the result of a choice by the Malian government, which decided to change the stabilizing force, preferring the Russians to the French. A real geopolitical defeat in a French-speaking territory coupled with a military semi-failure.