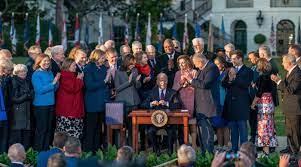 (B2) It was Joe Biden's will. Promote democracy. With a beautiful summit bringing together all that the world has democracies. In the purest messianic juice of the USA and of a vision good versus bad. The European Union embarked on this adventure by co-organising it. And by saying nothing about the non-invitation of Hungary. A big mistake

A meeting co-organized by the European Union

This Thursday starts the Democracy Summit, sorry “ for democracy », Organized under the leadership of the American President. It will take place in two sequences. The first opens today, chaired by Joe Biden himself. The second will be for next year, chaired by the European Union and the President of the European Commission, Ursula von der Leyen. This meeting, however, has a major handicap. It brings together especially the friends of the United States. And friends who are sometimes not very attentive to human rights. Some countries are invited, others are not. An astonishing list.

One country of the European Union in particular did not receive an invitation card: Hungary. This puts the Union in an awkward position. That there is a problem of civil liberties (with the enormous concentration of the media for example) in Hungary is a known fact. But that it is thus excluded is not really very logical. Or else the European Commission should draw an immediate implication from this: initiate an emergency lawsuit to exclude Hungary from its right to vote in the Council (according to Article 7 of the Treaty).

A legal and political error

In legal terms, this is a serious breach of the letter and the spirit of the Treaty, of the principle of solidarity, of loyal cooperation between the institutions. In political terms, it's very clumsy to say the least: if we wanted to provoke Budapest again and get it to systematically block any attempt by the European Union to be bold in foreign policy, we wouldn't go about it any other way . As if we wanted to encourage Viktor Orban to sign separate agreements, contrary to the European spirit… This amounts to giving him a tacit “green light”. More than a lack of taste, it is a legal and political error.

This incongruity is obvious when one takes a look at the independently compiled indices of democracy. I have chosen to refer to those compiled by Freedom House, a think tank American (who cannot really be suspected of being a mild leftist anarchist). His scoreboard, fed in a rather rigorous way is eloquent: Hungary is listed at 67, while Pakistan and Morocco inherit a very average score (37) and should therefore not have been invited.

Friends of Washington rather than friends of democracy

These incongruities continue when looking by regional area. In the Balkans, Kosovo (54) is invited but not neighboring Bosnia and Herzegovina (53). Ditto in West Africa where Côte d'Ivoire (44) is not invited, but Nigeria is (45). On the other hand, not inviting Turkey has a logic: Erdogan's regime has only 32 points. But what about Bolsonaro's Brazil invitation...

Embarrassment at the European Commission

On the side of the European Commission, we are defending ourselves as best we can. It's a peak for "democracy and not" de " the democracy ! I am told when I question a senior European official. The guest list was made by the USA ". And Washington" was not comfortable with the idea of ​​inviting Hungary ". And to want to be reassured. Europe" has [his] agenda, independent of the USA ". But the reason for this co-organization seems to be based on another, more political logic. The European Commission has, in fact, an essential objective: strengthen ties with the United States and especially the Biden team. The Trumpian trauma weighs: “ Our experience of Trump has been very clear ". So : " Is it perfect, No doubt not. But shouldn't we cooperate? »

By making the segmentation between liberal democracies and those which follow another more a-liberal or autocratic, we open a highway to Russia or China. Beijing and Moscow will have a good time denouncing a " certain "model of democracy, the" double standard of Westerners. Sowing trouble and division in all regions does little to help the spread of democracy. On the contrary. Moreover, this formalizes the division of the world into two blocks: between the good guys and the bad guys. We crystallize the divisions. Those with whom we debate, those with whom we do not debate. However, discussing democracy with friends is (almost) useless.

The European view of the world seems much more refined and subtle to me. It can seem a little soft at times… But it also reflects a certain complexity. The European Union is today faced with a real strategic choice. Either it plays a role in the world, by promoting its own values, its own model of democracy and public freedoms, of global economic and political relations, by being a bridge between West and East. Either it is part of the pure and hard western world. And it is in great danger of finding itself deprived… if tomorrow, by chance, the United States were to switch back, going back from a dyed-in-the-wool Democrat to a Trumpian conservative republicanism. Which, according to a European diplomat, is quite likely as soon as the next mid-term elections, in November 2022.

Relations today are no longer those of yesterday's Cold War. They are just as rough, and jolted, but much more complex. Because the world has truly become multipolar. At least tripolar. And middle powers — from Pakistan to Saudi Arabia via Turkey or Iran — now have the means to “ resist to the Western model. This will be even more the case tomorrow (20 or 30 years from now) with the rise of other countries. Europe has a huge card to play by being the " middle power "The" soft power in a world of bullies, without naivety or pretense. In short, co-organizing this summit really looks like a big geopolitical blunder…

The mandate of Mr. Arab democratization 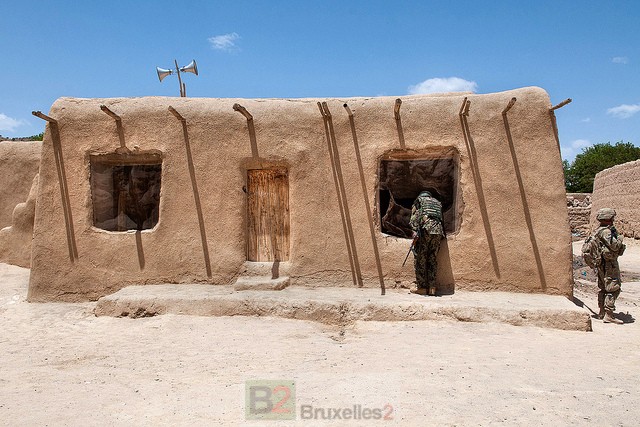 Iraq. The 3rd Gulf War (in coalition) starts with a bang. 5 minute brainstorm?

Between Belarus and Sweden, the rag is burning (maj)