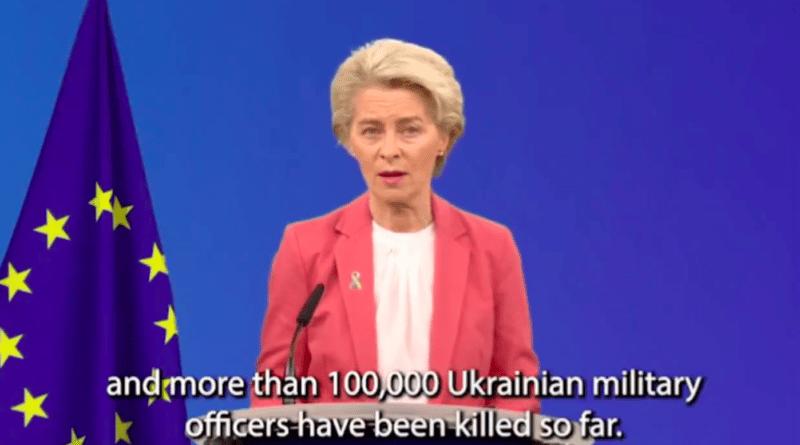 (B2) By giving the figure of more than 100.000 dead Ukrainian soldiers, in a short video broadcast by tweet on Wednesday (November 30), the President of the European Commission made a triple mistake.

First, this number is wrong. The 100.000 are not the " deceased military officers », as the president says! These are all persons hors combat, therefore dead (in combat or elsewhere, accidents, etc.), seriously or very seriously injured, those who have been taken prisoner, those who have disappeared, or have been executed by the Russians. Whether these people are officers (1) or simple soldiers, volunteers or from the territorial reserve, police, customs officers, intelligence agents (SBU, etc.) or other official personnel, many of them are at the front or affected by war. And, again, it is an evaluation (2).

Secondly, and this is the most serious, this figure has never been revealed by the Ukrainians (3). It's even " top secret ". Only President Volodomyr Zelensky (or his entourage) has " the right to communicate on this subject ". A point confirmed to B2 by a Ukrainian army official (during our trip to kyiv in May).

Thirdly, until now the figure has always been (very) understated, knowingly. With a classic wartime objective: to maintain the morale of the troops. kyiv thus communicates cheerfully on the Russian losses, giving day after day the count of their dead, never on its own losses. And vice versa.

This video was mainly intended to highlight the two proposals made a few hours later: on the establishment of an international tribunal and following the best practices to judge the crime of Russian aggression in Ukraine (read: International Tribunal for Ukraine: the ideas of the European Commission) and be able to use some of the Russian assets frozen by EU sanctions to finance reconstruction in Ukraine (read: To rebuild Ukraine, the Commission proposes to play Russian assets on the stock market).

As is her habit, the President of the European Commission wanted to anticipate what “her” commissioners were going to say by publishing, from her office, a short video with a few shocking sentences. A way of communicating that makes people cringe, on all floors of the Berlaymont, the building that houses the European executive in Brussels, as in the ranks of journalists (see box).

Realizing the blunder, the service of the spokesperson quickly removed the video, to replace it a few minutes later, with another, where the offending passage no longer appears. This does not appear in the transcript subsequently provided to the press.

European Commission Deputy Spokesperson Dana Spinant, called to the rescue, quickly publishes a tweet, rather lunar, without any excuse: “ Many thanks to those who pointed out the inaccuracy regarding the numbers in an earlier version of this video. The estimate used, from external sources, should have referred to casualties, i.e. both killed and wounded, and was intended to show Russia's brutality.

Then questioned by the press, during the “midday briefing”, the daily question-and-answer exercise of the European Commission with the Brussels press, Dana tries, as best she can, to justify her boss: “ These are external figures put in the public domain. The [European] Commission does not have its own figures on this (4). We considered, retrospectively, that we should not enter into the discussion of figures. That's why we explained, I think clearly, that we prefer to remove an early version of the video. And focus on a second version on matters of substance […] There is therefore no need to discuss the figures again since we have admitted that it was not fruitful to discuss them. » (5)

The lesson: a blunder (very) difficult to justify

For a former Minister of Defense, this type of blunder is really unforgivable! This reveals the limits of the character who takes care of her communication, preferring to communicate through tweets and short videos (often broadcast before the official announcement of events by "her" commissioners) than during ritual press conferences, where she could be thrown off balance by a few unforeseen questions (and which she cannot answer).

For Ursula Von der Leyen, who dreamed of a great destiny after her post as President of the Commission in November 2024, possibly as Secretary General of NATO, this blunder could be expensive. Honestly who will trust a person who a few days later reveals the information to the general public, just to show off? 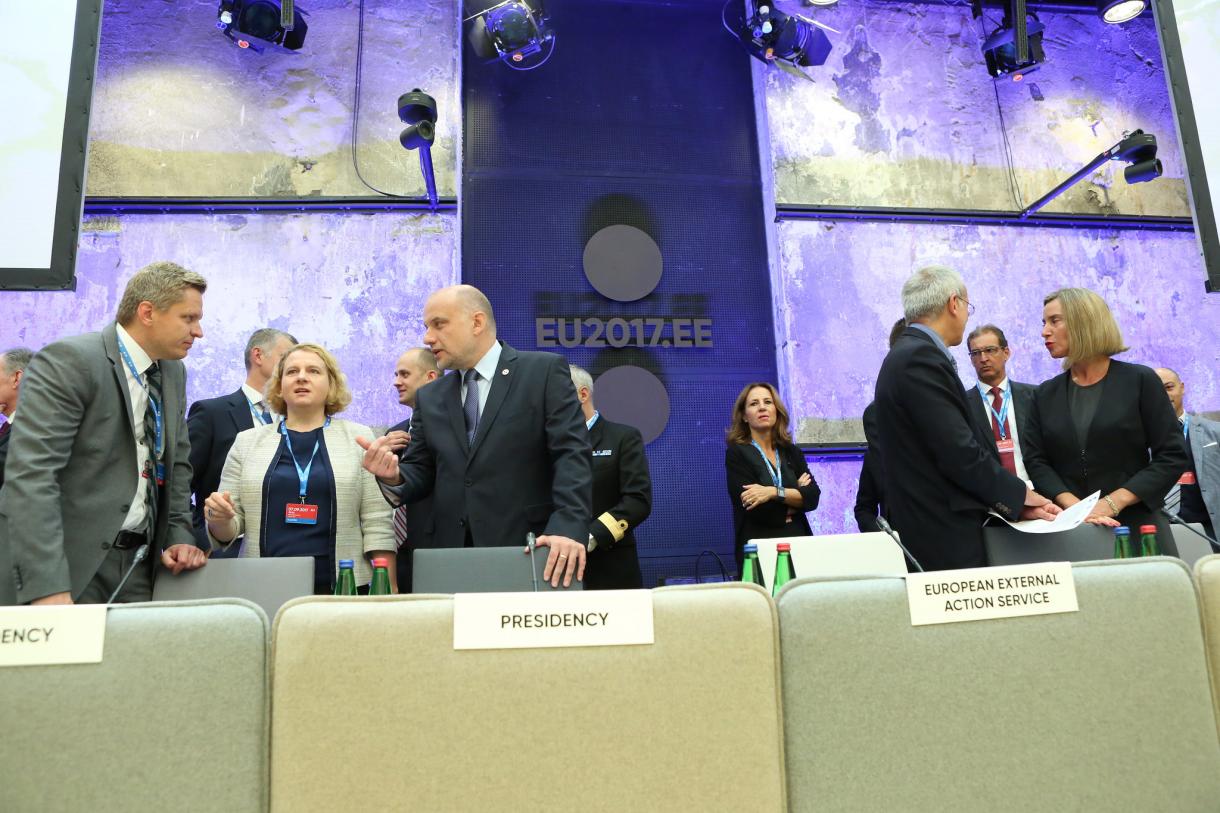 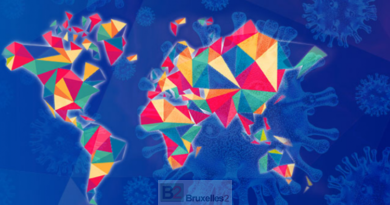 A communication battle and a struggle for influence are underway, according to Josep Borrell 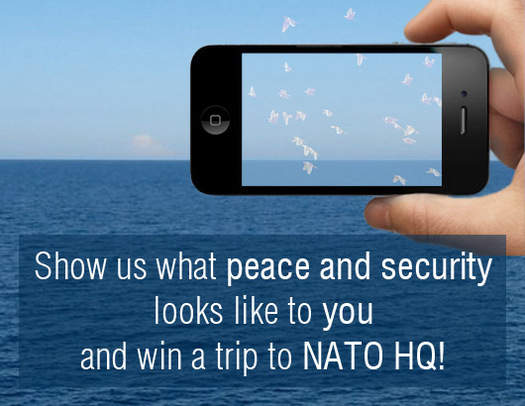