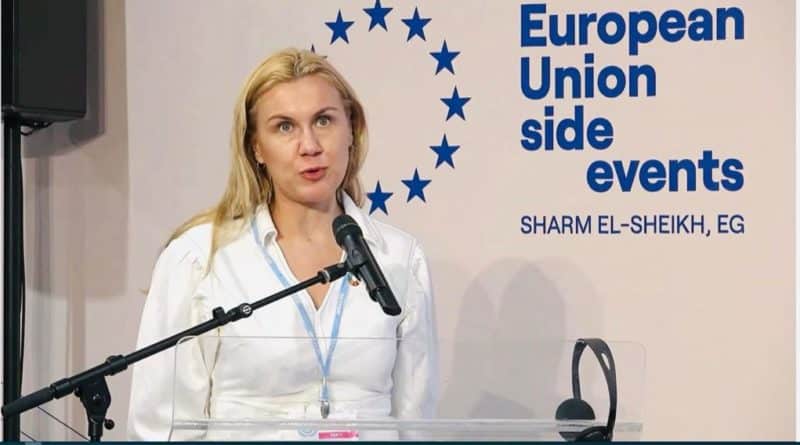 (B2) Since the beginning of the energy price crisis, the European commissioner in charge of the dossier has been rather invisible. Portrait.

A woman with politics in her blood

A father, a veteran of Estonian politics

Of Estonian nationality Kadri Simson was born on January 22, 1977 in Tartu. Her father, Aadu Most, is a well-known history teacher. Before regained independence, he was one of the leaders of the Popular Front founded by Edgar Savisaar. The party was created during the time of the USSR and supports the fight for Perestroika and is one of the organizers of the famous human chain formed between the citizens of the three Baltic countries (nearly two million will participate) on August 23, 1989 (cf. kesknadal). In other words, a veteran of Estonian politics.

Aadu will be the Estonian representative in Stockholm, in nearby Sweden, as head of the information office (a imitation embassy), just before independence which sees Estonia emancipate from the USSR. A member of the Center Party which succeeded the Popular Front, he was then regularly elected to the Riigikogu, the national parliament. He is still a member, chairman of its culture committee. He was also mayor of Tartu from 2007 to 2015, before being thrown out by his party.

Kadri entered politics very early at the age of 18, to fight against paid education. Reputed to be a good child, she prefers to discuss politics than to party, as she tells Postimees. This does not prevent her from becoming Miss Tartu in 1994. A youthful prank, she will explain. She adheres to the Center Party, like her father. And she will not stop devoting the maximum of her time to it. In 1999, at the age of 22, while still a student, she became a municipal councilor in Tallinn, the capital, then became the adviser to the newly elected mayor, Edgar Savisaar, who was to be one of her mentors in politics, before becoming a competitor.

One of the rising figures in the Center party

After a bachelor's degree in history from the University of Tartu in 2000, and a master's degree in history in 2002, the eldest daughter of the family left for London to acquire a master's degree in political science at the University College of London in 2003. Knowledge which she immediately puts into practice. In 2003, she became the secretary general of the Center party, alongside its president, the indelible Edgar Savisaar. A position she held until 2007, when she was elected to parliament. She was the leader of the Center group from 2009 to 2016.

The hour of emancipation

Internal political life is not peaceful. The Center party is ravaged by fratricidal internal struggles. Yet longtime friends, Aadu and Savisaar, get angry. Savisaar is accused of corruption. When he is ill and has to have surgery, Kadri jumps at the chance. She is trying to wrestle the head of the party in 2015.” I care about Savisaar's health and have therefore decided to offer him relief by running as a candidate. “, she explains, according to the estonian radio. With a hint of hypocrisy. Missed.

… and settling of scores

The Savisaar clan takes revenge a year later by trying to sabotage Kadri's re-election as head of the parliamentary group. The internal campaign is then fierce and rather dirty. All shots seem permitted, reports the Estonian press. Supporters of Kadri are summoned before the honor committee of the party accused of having bribed votes. And vice versa. Tenacious, which is also a trait of her character, Kadri is finally re-elected.

In 2008, she married Priit Simson, a journalist from Eesti Päevaleht, her love of studies. She was with him on the benches at the University of Tartu. And he is by her side when she makes her debut in politics. They divorced almost seven years later, in February 2015. Kadri, however, keeps her husband's name from this union, her current name of commissioner, probably preferring it to that of the family, Most. A gesture of emancipation from the father.

A rather embarrassing fellow traveler

Kadri is not alone for long. She found another soul mate in the person of Teet Soorm, a rather sulphurous but attractive businessman, who evolved in the Simsons' family. Chairman of the board of directors of HKScan, the largest pig producer in the country, he is a man in sight. However, this will very quickly lead to the person concerned being accused of a conflict of interest. Kadri has indeed just acceded to the government. Since November 23, 2016, she has been Minister for Economic Affairs and Infrastructure in the coalition government formed by Jüri Ratas (KESK) with the Social Democrats (SDE) and Pro Patria & Res Publica (IRL).

A little conflict of interest

But very quickly, the government decided on exceptional aid for farmers who were victims of swine fever. Teet Sorm was one of the main campaigners for this aid, even asking the government to intervene with Brussels to ease the rules for slaughtering pigs. The conflict of interest seems obvious with regard to the classic definition (1). Kadri nevertheless denies everything, considering that the measure being public, there is no conflict (2). She remains minister for two and a half years, until the next elections (until April 29, 2019). In the new coalition formed by Jüri Ratas with the nationalist and xenophobic party EKRE in April 2019, it has not been renewed.

Life with his companion constantly exposes him (3). Teet Soorm is implicated in a new case. This time by his former company HK Scan and its subsidiary AS Rakvere Farmid who accuse him of having issued, along with several other managers of the company, false invoices to pay themselves additional dividends and bonuses. The damage is estimated at €28 million between 2013 and 2016. The person concerned was discharged from the company. A criminal complaint is filed. He was arrested by police in November 2017 for embezzlement and money laundering, according to the Estonian TV. The trial lasts. Finally, the criminal proceedings ended almost two years later, in July 2019, with an amicable agreement between the accused and the prosecutor. The company is compensated for the damage suffered. The prosecutor waives the prosecution lack of public interest in prosecuting ».

Saved by the Bell

Kadri escapes the worst, saved by the bell. According to HK Scan's criminal complaint file, she did indeed take part in a pleasure trip billed as a business trip to the company, at least once (in 2016 in Romania) as reported by the local tabloid. Ohtuleht. The arrangement is therefore perfect. The person concerned has just been officially proposed on June 5 by the Estonian government to join the European Commission. A promotion in the form of clearance in the distance. The Borgen complex in a way (4).

In his expression of interest she signed on as commissioner, Kadri Simson did not mention any possible element of conflict of interest or even interaction from her personal life. " Not applicable is it mentioned…

A commissioner overwhelmed by the crisis

Considered in her words to be a strong, sharp-tongued politician in the words of the Postimees, the Estonian daily, we cannot say that its qualities have irrigated the European bubble. Her first steps at the European Commission did not place her at the top of the steps. On the contrary. Kadri Simson appears bland, and sailing according to decisions that seem to be made elsewhere.

A knowledge of the files at the level of the notes

Unable to justify the political line followed by the European Commission, it remains as close as possible to its notes, thus demonstrating its poor mastery of the files. At a press conference, it's striking: she doesn't dare take her eyes off the lines of code written by her advisers. And when a question is posed too concretely, for example on the oil price cap mechanism, it settles for big ideas, or diverts attention to other topics.

Security of supply more than citizens

Energy prices indeed seem to be the least of his worries. As soon as more geopolitical questions are broached, such as the security of supply in Europe or those of neighboring countries (Ukraine, Moldova, etc.), Kadri Simson, on the other hand, proves to be more motivated. Almost faithful to the image painted by my Estonian colleagues: concerned, more energetic, very political. It suffices to listen to his speeches to the press, in particular at the end of the Council of Energy Ministers, on 25 October last or this 24th November to realize this, and above all to look at her proposal for a mechanism to limit the price of gas (see box) to see that the commissioner is in fact “incapable” in the etymological sense of the term (5).

The prepared gas price limitation mechanism presented by the Commissioner to Energy Ministers on Thursday is so complex and its threshold placed so high that it is virtually ineffective. " If the mechanism had existed in August, it could never have been triggered ” did not hesitate to say the Belgian Minister Tinne Van der Straeten, member of the Groen (the Flemish Greens). " It is certainly not a structural reform nor a response to soaring gas prices.z” added her French colleague Agnès Pannier-Runacher (Renaissance). This text " is insufficient she adds, pointing to the commissioner's inability to meet the needs of the Chiefs. " The Commission has a very clear mandate from the European Council, I think it is a good thing to respond point by point to this mandate ».

Which commissioners in the 2009-2014 Commission for which posts…

The European diplomatic service – the texts 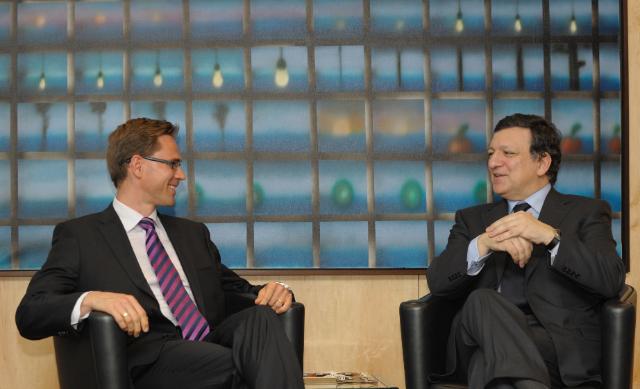 Goldman Sachs. Barroso violates his commitments not to lobby