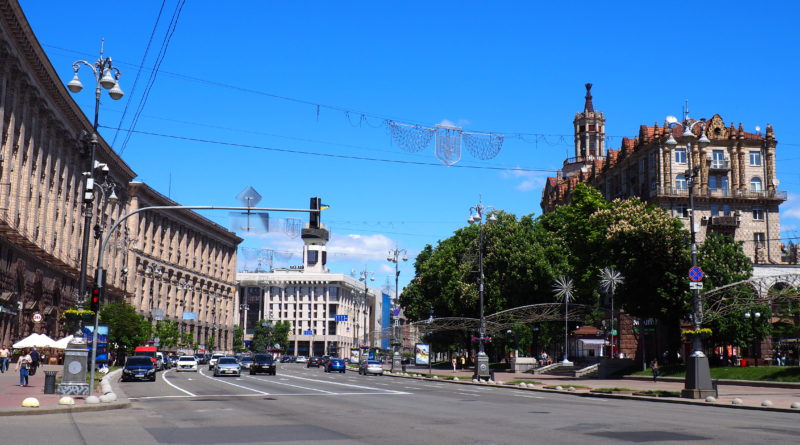 (B2) The Ukrainian capital surrounded a few months ago by the Russian army regains its former life. Slowly. During the few days I spent here, between Monday and Thursday, I felt the appetite for a return to normalcy. Without forgetting...

The large shopping centers, such as the Domus or Komod, are still almost deserted, few shops have reopened. Partly for lack of personnel - many adults have gone to the front - or customers. But the food stores are supplied almost normally, the small supermarkets often run by babas (grandmothers) operate normally.

A few big, gleaming SUVs are a sign of external wealth. Because cars are generally still rather rare. Traffic picks up very slowly. For good reason: gasoline is very expensive, " too expensive ". The guy looks twice before putting a few liters in his vehicle. We therefore move on foot or by public transport.

All networks are working. The town is supplied with water, electricity. Apparently no cuts. The telecom networks are running perfectly. Wifi is almost available everywhere. Surely kyiv is a connected city. More than Brussels or Paris. The habit has taken to pay with his smartphone.

Public transport provides its service almost normally. The frequency is probably a little lower than usual. Free, which was in place a week ago, is over. The controllers have returned to service and ensure in the metro as in the bus that everyone pays their due. The trains run more or less normally, too, even if the rates are also more limited.

In this metro made famous for its depth, its escalator sinks underground, vertiginous (like those of Budapest or Moscow). However, some stations remain closed, for security or other reasons, such as Kreshatyk, which serves Maidan, Independence Square, or Hydropark, on the island of Venetsiïskyï.

This huge amusement park in the middle of the Dnieper remains completely deserted. No one on the beaches. Even less in hotels or campsites. Surprising in this spring-like summer season when the temperature exceeds 20°. But all leisure facilities remain desperately closed for now. The island remains blocked to all vehicle traffic. Large dams made of earth and concrete blocks are still in place. The only way to get there: on foot or by bike. Visitors are rare.

The pleasure of a drink on the terrace

But the city fills with its inhabitants. Many bars and restaurants have reopened, or are in the process of doing so. With only one exception, McDonald's fast food outlets, which are still closed. The Ukrainians of the city like to go out, especially young people, to laugh, to walk hand in hand, to hang out in the streets, to have a drink on the sunny terraces. More and more, every day. At least until before the curfew which remains in force. So, in kyiv, at 22 p.m. the streets empty.

The kyiv Opera resumed its performances on May 21 with a gleaming Barber of Seville. The cinemas of the capital, arts and essays as complexes, also resume their sessions, at least on weekends. Bars and restaurants are reopened. In a corner sometimes still drag a few bags of sand. You never know… But they are piled up in street corners, or in the backs of restaurants. Discreetly, in the evening, we come to empty them, as a sign that that time is forgotten.

Certainly there are not many tourists, even in the main tourist places around the famous Zoloti Varota (golden gate), a central place, rebuilt on the old ramparts, which marked the separation between the city and its suburbs, and inaugurated in 1982, under Brezhnev. I met a few of them, apparently Polish.

The soldiers are numerous on the other hand to guard the embassies, the ministries, the public places. Kalashnikov slung over the shoulder. For the most part, they are territorial defence. We recognize them by the yellow fabric armband, sometimes tinkered with a simple piece of tape. The more serious places are guarded by a check point with the reinforcement of police, armed with semi-automatic rifles. We also meet many soldiers in town from the territorial guard, women and men, in these light khaki outfits. Even, a few foreigners, such as this Czech and this American, met at random in uniform in a café.

The zests of war

Of course, in all the strategic points, near the Dnieper, at the entrances to the city, the dams made of sandbags, concrete blocks, and others check points remain. And the final wake-up call to the not-so-distant war, air raids. The siren rumbles from time to time. At least once or twice a day. So far, so innocuous, that no one pays much more attention to it. The first alert came as soon as we set foot in kyiv. The taxi driver without flinching explains to me: “Putin alert”.

An open-air museum of the spoils of war

As for the remains of the Russian machines taken on the battlefield, some of them cross kyiv, intended to be exposed on Mykhailivska square. To make it a large open-air museum of the battle that is still taking place in the East. 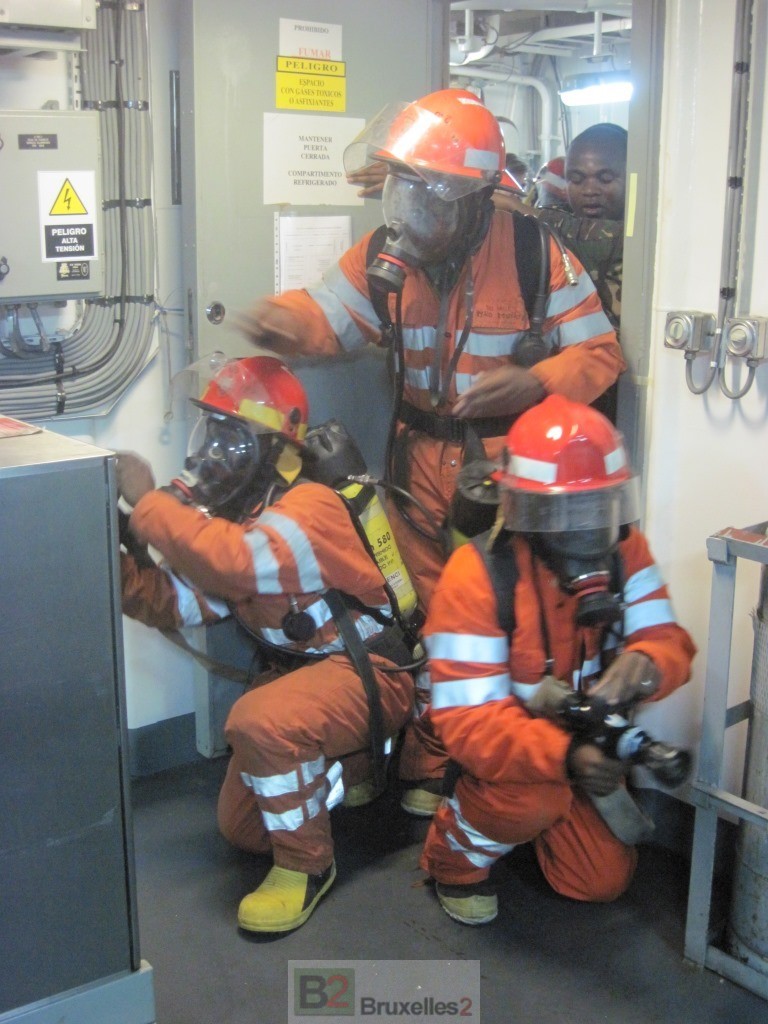 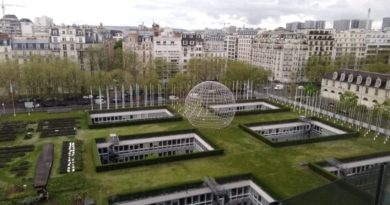