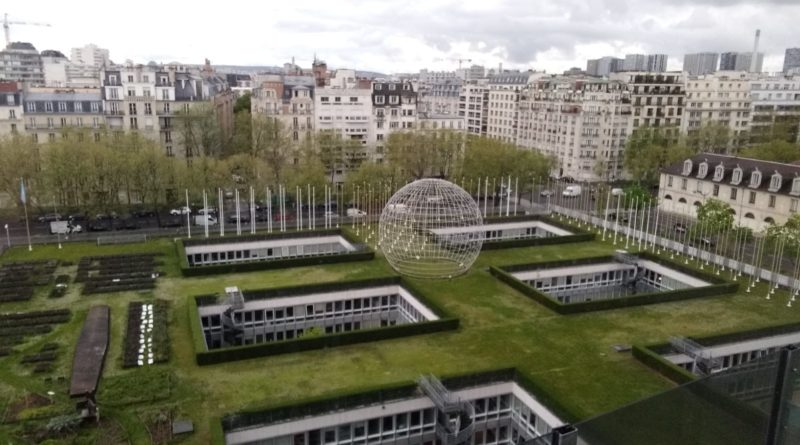 (B2) In the midst of Russia's aggressive war in Ukraine, can we leave Russia alone at the helm of the World Heritage Committee?

This was the fundamental question posed to the organization. Does a country that attacks another undermine its cultural heritage (1)?, wondered the members of UNESCO, in particular the Europeans, who fought for long weeks to obtain this postponement.

The annual meeting of the committee is a fundamental meeting for the organization. It's not just one meeting among others. It brings together not only state members, but also civil society, project leaders, NGOs, it brings together between 3000 and 6000 people. It is in fact to cultural heritage what the COP is to the environment and climate. As luck would have it, it is Russia that is chairing the World Heritage Committee this year (1). And she intended to make the annual meeting in Kazan, normally scheduled for June 19 to 30, a major event. This is all the more so since the party had been spoiled, in 2020 and 2021, because of the Covid-19 pandemic.

This celebration is however rather anachronistic. An organization, supposed to promote culture and heritage, would thus let a country pride itself on protecting world heritage. While not only waging a war against another, but also systematically destroying many of its cultural buildings, some of which would have been (or could be) protected by the blue shield. This well-known logo made of a blue and white double triangle (2). The French ambassador to UNESCO, Véronique Roger-Lacan, says it openly: the holding of this session in Russia while the latter bombs the sites inscribed on the World Heritage List in Ukraine " East " inconceivable » she throws during the 7th extraordinary session of the organization's executive council, in mid-March.

A war that hurts heritage

More than 100 monuments and cultural establishments have, in fact, been quickly damaged or destroyed by Russian strikes (air or artillery) since February 24 and the start of the war. Churches, cathedrals, theatres… At the last report drawn up by UNESCO, on May 2, 120 sites were damaged or destroyed: 54 religious establishments, 10 museums (including the Skovorodynivka memorial, 40 km from Kharkiv dedicated to the philosopher H. Skovoroda), 24 historical buildings, 13 cultural buildings, 15 other monuments , 7 bookstores (the list here). (3)

Yet the direction of UNESCO, led by the French Audrey Azoulay resists, and tries to turn around against the sling, for long weeks. In fact, within the organization, the situation is “very polarized” explains to B2 a good connoisseur of the organization. On the one hand, Russia does not intend to give up its presidency and, above all, what was entrusted to it in the summer of 2021 (she was the only candidate): the meeting of the committee. On the other, the Europeans want her to give up her presidency and step down. But they are in the minority. Between the two, the marsh. A certain number of countries, in Africa, Asia and the Arab world, do not want to take sides for one or the other. Within the committee, there are moreover only four Europeans (Italy, Belgium, Greece, Bulgaria). None of them really want to fight it out. The situation is therefore blocked and time passes.

The threat of a boycott

Europeans supported by a number of countries are moving up a gear. A open letter is sent on April 8. Initiated by Laura Davies, the British ambassador to UNESCO, it is signed by 46 countries out of the 194 that make up the convention on world heritage (4). If the meeting is maintained, the 46 warn: they “ will not go to Kazan at this meeting chaired by Russia. Moscow is in the process of destroy the Outstanding Universal Value " in Ukraine. Holding a meeting would reach the “ credibility even from UNESCO. The threat is serious. But not sufficient in itself.

The time for compromise

Of the 194 countries in the organization, this represents only a small quarter. Africans, Asians, Arabs did not sign the missive. As well as some European countries did not sign the missive, in particular the four members of the committee (Belgium, Bulgaria, Greece, Italy). This shows the magnitude of the division. A negotiation begins on both sides. The director of the organization, A. Azoulay, plays the intermediary. Finally, faced with a boycott threat, a compromise is found. The order comes from the Kremlin. In a letter, signed by its ambassador to UNESCO, Alexander Kuznetsov, Russia announces the postponement of the meeting sine the. These are the terms of the compromise: Russia does not give up its presidency, the meeting is not organized elsewhere, it is postponed… It was time. We are less than two months away from the event. Typical minimum time to send invitations to all attendees.

Now we will have to decide what to do next. This will be the role of the World Heritage Committee, during one of its regular or extraordinary meetings. But this is another story.

Article updated on May 10 with details on the negotiations initiated and the balance of power.

Russian helicopters in Chad: the agreement soon to be signed