(B2) In an opinion published on his blog, the High Representative of the European Union returns to the current conflict in Ukraine. With a clearly designated aggressor: Russia. Who does not respect international rules. And also lies about his reasons for war. We consider it interesting to bring it to the attention of our readers. Flames.

An invasion justified by lies

"In this dark hour, when we are witnessing Russia's unprovoked and unjustified invasion of Ukraine as well as massive campaigns of disinformation and manipulation of information, it is essential to separate the lies - invented to justify what cannot be — facts.

“What is a fact is that Russia, a major nuclear power, attacked and invaded a neighboring peaceful and democratic country, which neither threatened nor provoked it. Furthermore, President Putin is threatening any other state that comes to the aid of the Ukrainian people with reprisals. Such use of force and coercion has no place in the 21st century.

A serious violation of all the principles

“What Vladimir Putin is doing is not only a serious violation of international law, it is a violation of the fundamental principles of human coexistence. With his choice to bring the war back to Europe, we are witnessing the return of the “law of the jungle” where force is law. Its target is not just Ukraine, but the security of Europe and the entire rules-based international order, based on the United Nations system and international law.

“His aggression takes innocent lives and tramples on people’s desire to live in peace. Civilian targets are struck, in clear violation of international humanitarian law, forcing people to flee. We see a humanitarian catastrophe unfolding. For months, we have made unprecedented efforts to reach a diplomatic solution. But Putin lied to everyone who met him, claiming to be interested in a peaceful solution. Instead, he opted for a full-scale invasion, an all-out war.

A shutdown is necessary

“Russia must immediately cease its military operations and withdraw unconditionally from all the territory of Ukraine. The same goes for Belarus, which must immediately stop participating in this aggression and respect its international obligations. The European Union is united in offering determined support to Ukraine and its people. Its a question of life or death. I am preparing an emergency package to support the Ukrainian Armed Forces in their fight.

“In response, the international community will now opt for complete isolation of Russia, in order to hold Putin responsible for this aggression. We sanction those who finance the war, by paralyzing the Russian banking system and its access to international markets.

“The EU and its partners have already imposed massive sanctions on Russia, targeting its leaders and elites as well as strategic sectors of the Kremlin-led economy. The goal is not to harm the Russian people, but to weaken the Kremlin's ability to finance this unjust war.

In partnership with other bloc countries

“To do this, we work closely with our partners and allies – the United States, Canada, United Kingdom, Japan, South Korea and Australia. Many countries are united around the world to protect the territorial integrity and sovereignty of Ukraine. We are together on the right side of history in the face of Russia's appalling aggression against a free and sovereign country.

“To justify its crimes, the Kremlin and its supporters have engaged in a massive disinformation campaign, which started already several weeks ago. Russian state media and its ecosystem have massively peddled untruths on social media with the aim of deceiving and manipulating public opinion.

“Kremlin propagandists call their aggression aspecial operation, but this cynical euphemism cannot hide the fact that we are witnessing a real invasion of Ukraine, with the aim of crushing its freedom, its legitimate government and its democratic structures.

“Calling the Kiev government 'neo-Nazi' and 'Russophobic' makes no sense: all manifestations of Nazism are banned in Ukraine. In modern Ukraine, far-right candidates are a marginal phenomenon with minimal support, which does not even allow them to pass the bar to enter parliament. The Ukrainian government did not isolate the Donbas and it did not ban the use of Russian language and culture.

“Donetsk and Luhansk are not republics, they are Ukrainian regions controlled by armed separatist groups supported by Russia.

“We know it — and many Russians know it. Brave protests have taken place in cities across Russia since the invasion began, demanding an end to aggression against a peaceful neighboring nation. We hear their voices and salute their courage in speaking out. We also see many Russian public figures protesting against this senseless invasion.

A response from the international community is needed

“I continue to work with our partners around the world to ensure a joint response from the entire international community against the behavior of the Kremlin. On February 25, only Russia vetoed a UN Security Council resolution on aggression against Ukraine, with China, India and the United Arab Emirates abstaining. All over the world, countries condemn Russia's action, and in the General Assembly, the whole international community must join forces and help end Russia's military aggression by adopting the resolution United Nations correspondent.

We must fight for peace

“We know only too well the consequences of war. We have known the suffering of innocent civilians in the two world wars and subsequent wars, in Europe and beyond. We know why it is so important to fight for peace. In fact, the founding principle of the European Union project is to strengthen cooperation for peace, coexistence and prosperity, and we have done this over the past decades by acting as a consolidating force of peace and not as an aggressive actor. We are the primary supporters of people suffering from conflict around the world, we work to build and help, not to destroy.

A world that won't be the same tomorrow

“With this war against Ukraine, the world will never be the same again. Now, more than ever, is the time for societies and alliances to come together to build our future on trust, justice and freedom. It's time to stand up and speak out.

“Might does not make right. This has never been the case. And it never will be. »

This text belongs only to its author under his entire responsibility. Editorial headings

Resolution 1973 on Libya emphasizes the “protection of civilians”.

Russian pressure on Ukraine's borders: an optical illusion or the mark of an intention? 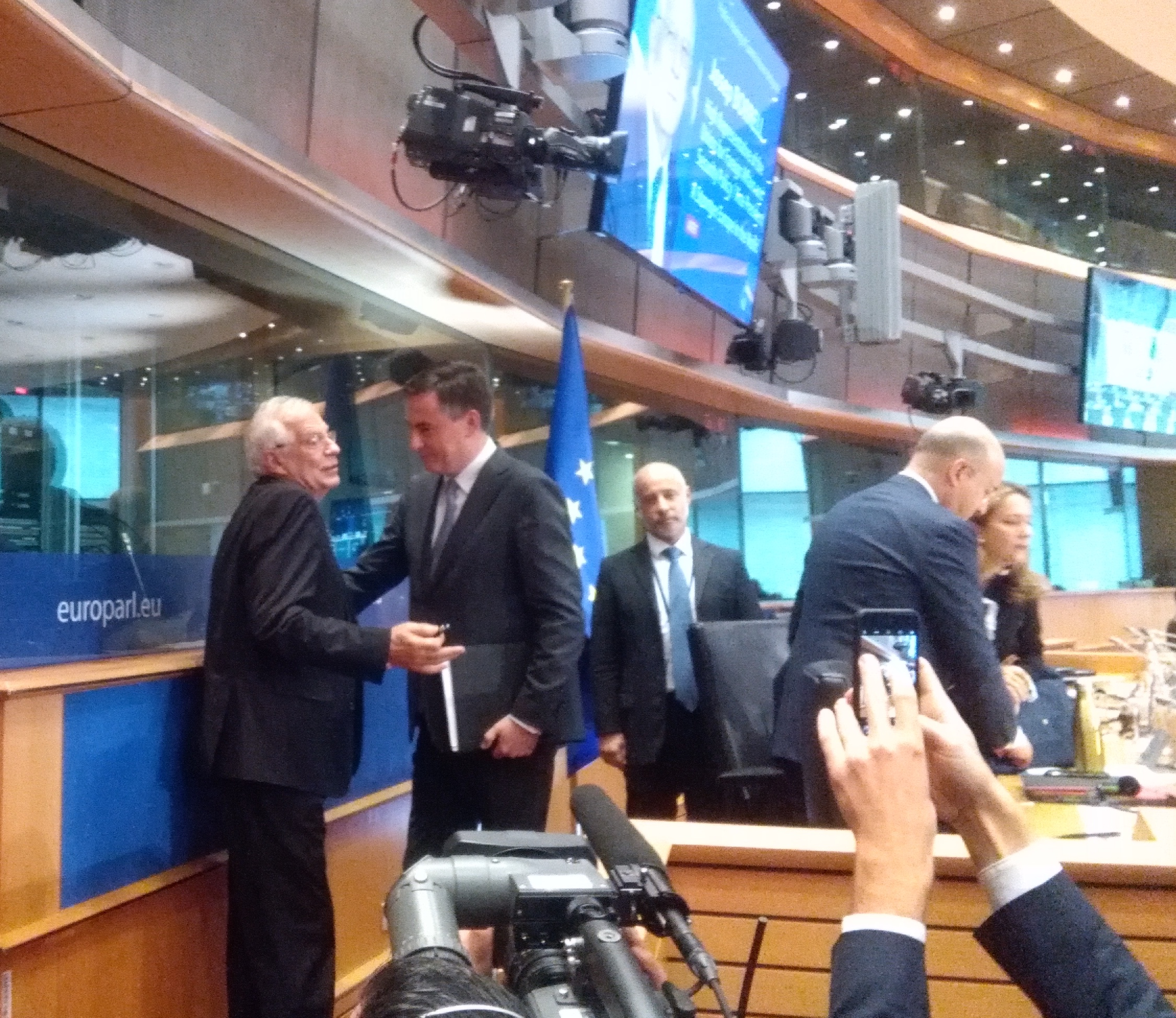