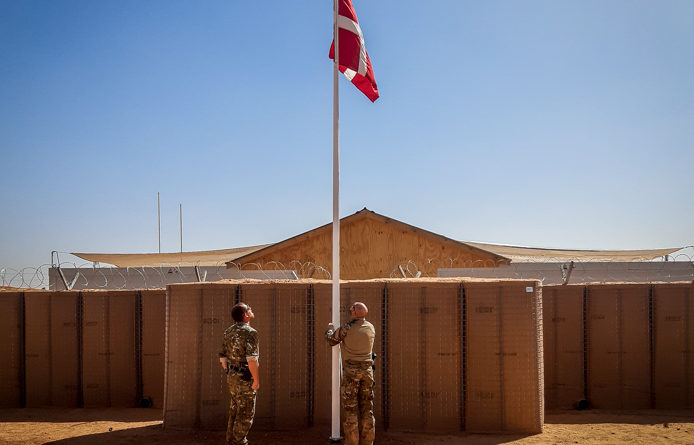 (B2) Denmark and Italy announce their arrival in Menaka. A welcome reinforcement for Paris. While the French initiative operation is shaken up by the presence of the Wagner group. And that Mali multiplies hostile declarations

« Around 90 staff Danish will be present according to the Danish Ministry of Defence. Special forces, a surgical team and support and logistics personnel. Staff that “could be reinforced, if necessary” we say in Copenhagen. The contingent is based in Ménaka (a town not far from Niger, near the Ansongo-Ménaka wildlife reserve).

The special forces will be assigned to advisory, support and cooperation missions with the Malian armed forces in the “three borders” zone (Mali-Niger-Burkina Faso). The surgical team is the only one of the Takuba task force.

This deployment was announced last April (read: Danes in Takuba in 2022). He is " for the moment ” planned until the beginning of the year 2023, indicates the ministry. The Danes arrive as Sweden will withdraw in a few weeks (Read: The Europeans are staying in Mali… for now. But the legitimacy of the commitment is clearly posed).

A presence viewed with suspicion on the Malian side

Barely a few days after the Danish deployment, the Malian government requested in a press release on January 24 the immediate withdrawal of the Danish forces engaged in the Takuba task force. He evokes an operated deployment “ without his consent or bilateral agreement. An accusation denied by Denmark.

The Franco-Italian medical evacuation team was declared fully operational (January 15). It is made up of six helicopters: three CH-47 Chinooks and three AH-129 Mangustas. The device is complemented by a pre-hospital medical facility for medical support.

Read also: The Takuba Task Force is slowly gaining momentum. One by one European countries join the anti-terrorist coalition (v2)

(Update) Statements by Mali and Denmark on the presence of Danish armed forces on Malian territory.

Prosecution of pirates must be discussed at EU level, says Denmark