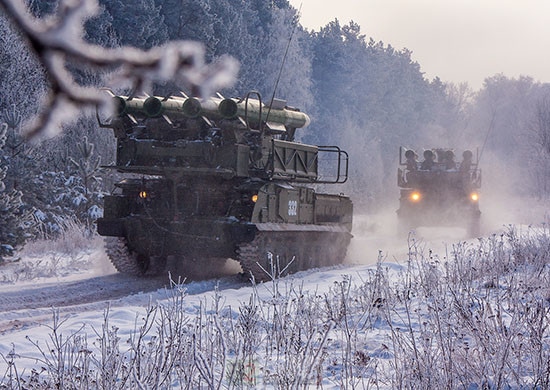 (B2) It's a sneaky battle taking place on the eastern fringes of the European Union. Between Brussels and Moscow, “the West” and “the new East”, a fight that can be described as violet is taking place. Neither red, like the war, nor blue, the color of the Cold War. More of a subtle in-between.

In the sights of the Kremlin

The European Union, an enemy to be defeated, NATO an adversary at heart

In the line of sight of the Kremlin, despite the words, it is not so much the Atlantic Alliance that is the enemy. This is more of a useful adversary, but not too threatening. The real threat is the European Union. She and her gentle will to reconnect the six countries around Russia (Belarus, Ukraine, Moldova, Georgia, Armenia and Azerbaijan) to her liberal democratic sphere and free trade. A European Union, with a mischievous air, which Moscow abhors and fears. Because it operates, despite everything, a sacred force of seduction.

The Eastern Partnership: between Europe and Russia?

This European strategy with the countries of the Partnership intends to be a kind of airlock, almost permanent, between joining the European Union and the status of third countries. The aim is to link these countries as firmly as possible to the European market by giving them various advantages (commercial, economic, visas, etc.), without granting them the sacrosanct status of full members of the European Union. .

A smooth transition to a liberal world

A sort of smooth transition from the Soviet market to a more European regulated liberal market. A sort of partnership that works, given Ukraine's foreign trade figures, for example. The market share of all the countries of the Union in Ukraine has increased by five points, between the Maidan revolution and today: from 35% in 2013 to more than 40% in 2020, according to the French treasure.

The haunting of Moscow

For Russia, this is what must be avoided at all costs, for a country to switch completely to the European side, to see itself ejected from the markets and trade, to reduce its companies to a negligible influence and its political weight to be reduced little to little. A real nightmare. Because it would also open the door to membership of these countries in the Atlantic Alliance. And to avoid this, all means are good.

To maintain constant pressure on these territories which it intends at some point, if not to reconquer, at least to neutralize, Russia uses a whole range of strategic and political tools, concurrently or successively.

In Moldova (with Transnistria), in Georgia (Abkhazia, South Ossetia), in Ukraine (Crimea, Eastern Ukraine), significant parts of the territories have been wrested from the authority of these countries, to pass into a autonomy under Russian orbit, or even fully integrated into Russian territory. The extreme case being Crimea, invaded in 2014 and now fully integrated into Russia. As a strategic question, these territories provide a very clear advantage to Moscow. At the military level, they allow him to station troops and stir up tensions. From a political point of view, they prevent NATO membership: a country must ensure full control of its territory to join the Atlantic alliance.

In several territories, Russia has obtained permission to station military troops, under cover of peacekeeping forces. In Armenia, the Russian presence was reinforced by the last defeat against Azerbaijan in Nagorno Karabagh. And in Azerbaijan, thanks to this conflict, Russian troops ensure peacekeeping. Ditto on the Moldavian territory of Transnistria torn from Moldova.

The technique of military agreements

Indeed, Russia has signed several military agreements: with Armenia, with Abkhazia (autonomous province of Georgia). As for Belarus, which had succeeded until now in maintaining a fairly independent position, the maintenance of Lukashenko in power and European politics are forcing it to draw closer to Russia, with Moscow hoping in the long term for a closer union, or even a merger-absorption.

The political and media incursion

In several of these countries, Moscow directly or indirectly supports political forces that are more favorable to it. If necessary, it interferes in national election campaigns by disseminating false information relayed by the traditional media or on social networks. The good old propaganda has been modernized in the form of fake news, trolls etc. Russian-language media which benefit from strong financial support are often more modern and more popular than local media.

The hardening of the regime

To impose its policy, it is a possible final phase: the transition from a democratic regime to a more authoritarian regime, with hunting down political opponents and deprivation of freedoms. This is the model that has established itself in Belarus, with the help of the Russian force services. If necessary, by pushing the provocation as far as possible (such as the hijacking of a Ryanair plane with a Belarusian political opponent on board) to avoid any temptation to backtrack. The withdrawal of Belarus from the Eastern Partnership is a success for Moscow. Will it be sustainable?

This is the latest tactic implemented: Import migrants from third countries, via air or land charters, by facilitating their transit through the national territory to project them on the border of the western neighbour. It certainly does not date from today and from the hybrid action carried out by the Belarusians against Poland and the Baltic countries. It was previously used by the Russians to put pressure on Finland, by bringing migrants by bus to the Far North.

Frozen conflicts that can reopen

Conflicts are said to be 'frozen' for now in Moldova, Georgia and Crimea. But the conflict remains open in eastern Ukraine and the experience of Nagorno Karabakh in the fall of 2020 shows that a so-called frozen conflict can quickly heat up and turn into war. In particular, note that since the intervention in Georgia in 2008, when a conflict calms down on one side, it flares up on the other. And, even frozen, the tensions make it possible to feed a certain fever.

The strategy of lighting signals

Of these different presences, each of which has its own dynamic, Moscow plays to ensure permanent tension. Alternating tension, sometimes low, sometimes high, which keeps the whole area under pressure and forces the adversary to exercise continuous vigilance and constantly adapt. It puts the NATO allies in a dangerous balancing act: they must maintain a presence, but not too much at the risk of appearing as the troublemaker. They must reassure the countries of the zone, but not commit themselves too much…because they have neither the will nor the means. No Atlantic ally wants to die for Donbass or Abkhazia. The reality is known. A sort of war of attrition of the adversary over several years or decades has thus well and truly begun between the West, Europe and the USA, and Russia.

“The Georgian Tragedy” by Salomé Zurabishvili 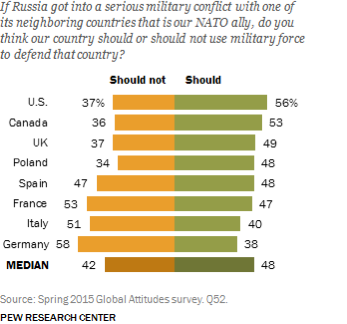 For the Europeans, arming Ukraine is a no-no

Egypt has sold its PCBs to Russia, says Macierewicz. Info or intox?