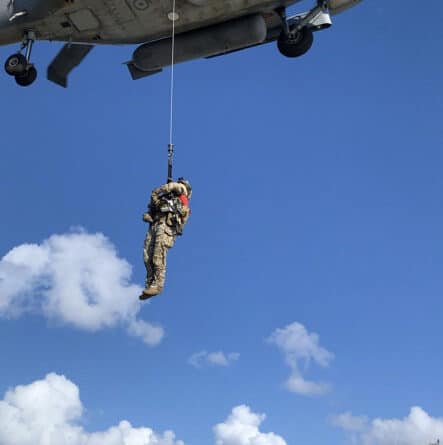 (B2) The Greek Ship HS Navarinon which is taking part in the European embargo monitoring operation (EUNAVFOR Med Irini) carried out an inspection on December 16 of a vessel considered suspicious, off the coast of Libya.

The container ship had been followed for several days already, “ suspected of violating the UN arms embargo against Libya ". But rough seas and strong winds prevented a safe arrival on the ship. It was only after two days, when the sea conditions became more acceptable, that the visiting team from HS Navirinon (1) was able to be airlifted from a helicopter onto the ship.

The special forces first " secure the area “, we say to the HQ of the operation in Rome. They then " checked » vessel documents. Then they proceeded to inspect several containers. suspected of being loaded with illegal material ". Inspection carried out in accordance with the UN resolution (the 2292 for those close to the UN thing). " Nothing suspicious was [eventually] discovered ". The ship – whose name has not been communicated and carefully hidden in official photos – was therefore released and was able to continue on its way to a port of call.

(1) This Meko 200 HN (F-461) class frigate was incorporated into the Greek Navy in 1995 after being acquired from the Netherlands. Built in the naval workshops of De Schelde in Vilssingen in the mid-1970s, she was engaged for 15 years in the Dutch Navy under the name HNLMS Van Kinsbergen and the hull number F-809.

Mediterranean. A container ship inspected by the Greek frigate Adrias 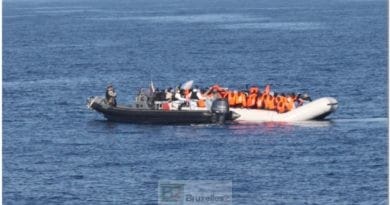 In the Mediterranean, Operation Irini did not directly receive a distress call