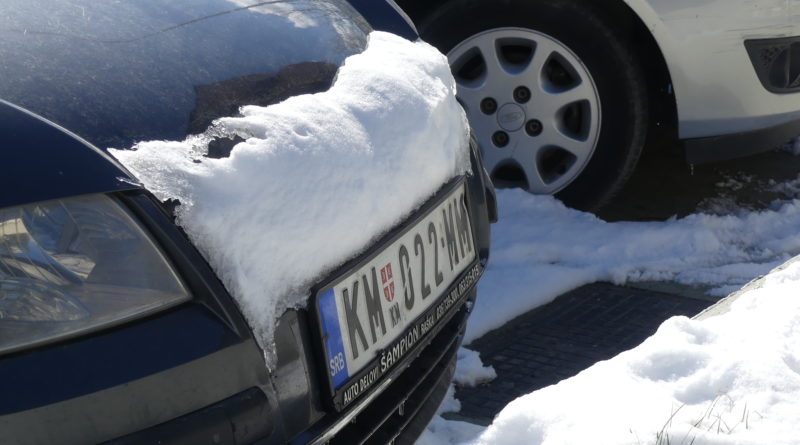 (B2) For the past few days, everyone has been wanting to show their muscles near the border between Serbia and Kosovo. European and NATO police and military intervene

Tension mounts on the pitch

Police, tanks and even planes

Serbian Defense Minister Nebojsa Stefanovic and his Chief of Staff visited the units stationed at the administrative border. All in the company of the Russian ambassador, Alexander Botsan-Kharchenko, like the reports a journalist. Just to show that if Kosovo is supported by NATO, Serbia is not isolated and can count on the support of at least one member of the United Nations Security Council. This Tuesday, September 28, N. Stefanovic adds a layer: “ the army has raised its level of combat readiness on the orders of Serbian President Aleksandar Vucic According to B92.

In question, a banal conflict of license plates

The cause of this adrenaline rush: a seemingly trivial question. What license plates must cars have in Kosovo? A Kosovar plate, Pristina swears, the State of Kosovo being independent since 2008. A Serbian plate, reacts Belgrade which has never fully recognized the independence of this former Yugoslav autonomous province. And still considers the inhabitants of Kosovo (at least the Serbs) as its constituents. It is well understood that behind this problem of daily life lies a real geopolitical question: whether or not to recognize Kosovo (1).

The interim agreement that ended

License plate recognition was an important point of the Brussels Agreement, within the framework of the Belgrade-Pristina Dialogue (2). An agreement had been reached, which entered into force in 2016, but only on an interim basis, for a period of five years. This agreement has ended. And Kosovo simply decided two weeks ago to prohibit the circulation of Kosovar vehicles with a Serbian license plate on its territory. Another reason put forward: the Kosovar Prime Minister speaks of " reciprocity of measures » media report, as Serbia previously banned Kosovar plates on its territory.

In accordance with the security plans, the Europeans of EULEX Kosovo and the NATOs of KFOR have begun to reinforce themselves on the spot – in North Kosovo only.

EULEX police deployed for a week

Teams from the Formed Police Unit (FPU) of EULEX (the European Union Rule of Law Mission in Kosovo) are already deployed since September 20 at the common crossing points (CCP) of Bërnjak/Tabalije and Rudnica/Jainjë, which are currently blocked, explains Ioanna Lachana, spokesperson for the mission. Their role is reconnaissance to monitor the security situation on the ground ».

The number of KFOR patrols increased

KFOR has thus been deployed since Monday (September 27) in northern Kosovo. U.S., Canadian and Polish soldiers clarifies Kosovo Online. NATO forces have increased patrols along the main roads affected by the roadblocks” et “[deployed their] units at the border crossing points of Jarinje and Brnjak “, where demonstrators and barricades are also massed, confirms the commander of KFOR, General (Italian) Franco Federici (3).

Objective: to lower the pressure

These measures adopted by NATO have three objectives, details our interlocutor: “ promote a rapid de-escalation of tensions and restore a safe and secure environment, as well as freedom of movement for all communities in Kosovo ". It was all " previously discussed by the KFOR Commander with all Kosovo institutions and with the mayors of the northern municipalities “, specifies the commander of the force.

It is not the custom of the Kosovo Police to ask for international reinforcements. The last time Kosovars asked EULEX to intervene was on May 28, 2019. This was also in northern Kosovo. EULEX then had increased the frequency of formed police unit patrols for more than a week, following the Kosovo Police's anti-smuggling operation on the same day “reminds B2 Ioanna Lachana. 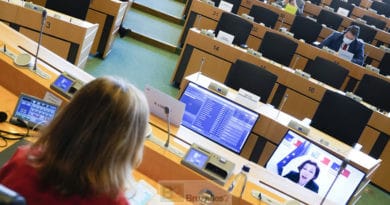 France withdraws from Operation Sea Guardian. The anger against Ankara is not over

NATO. Objective: to degrease the mammoth…