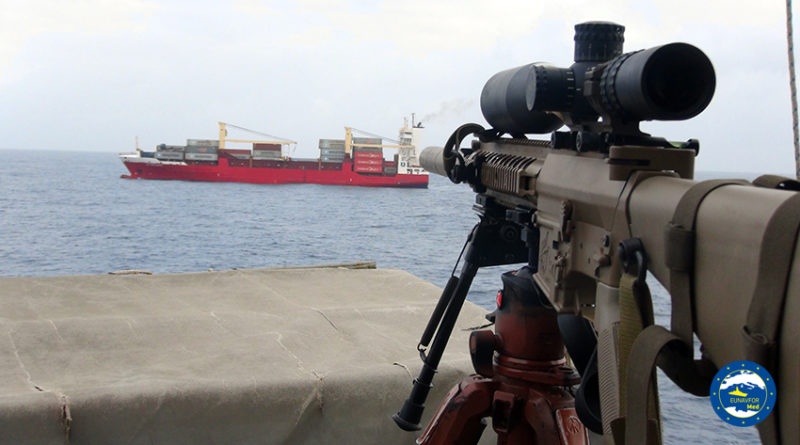 (B2) The European operation to monitor the arms and oil embargo on Libya is entering its first year of operation. The opportunity to take stock, drawn from the best sources

The European operation Irini was deployed to succeed the sister operation Sophia with one main objective: control of the arms and oil embargo imposed by the United Nations Security Council. We can specify that the European Union is the only force present today in the Mediterranean to ensure this control.

What is the outcome of the operation deployed in the central Mediterranean for a year?

EUNAVFOR Med Irini carried out 2340 vessel interrogations (hailings), 94 friendly approaches (friendly approach), 8 collisions (boarding) . The operation also issued 14 inspection recommendations (a lesser-known process). Some transited via Europol to the European port authorities with control by the local police. 8 inspections were conducted directly by the operation. On the air side, 194 suspicious planes were spotted, and 25 airports or landing zones examined. Not to mention the 16 monitored ports. To round things off and source the information, 563 sets of satellite images were analyzed by the EU satellite center (SatCen).

Where does the collected information go?

How does the operation choose the boats it interrogates, inspects or board?

We interviewed a European official. Here is his response. " If we don't have clear evidence, no information about a ship, we normally do a hailing. We can also decide (afterwards or directly) to visit a ship, either because we don't have any information or not really a lot of information. The team comes on board, at the invitation of the captain, exchanges with the captain (or crew). This is very useful for understanding what type of goods he is transporting, where he is going. But not only that. Above all, it allows you to have certain information on what is happening at sea, on the port of departure , that of stopover, etc. Finally, if we have reasonable indications that there is implication in a traffic or the transport of illicit materials, in a rather consistent way, then we approach the ship to carry out an inspection. present we have never found any material. Except once, when a ship was halted and arrested.

What is the fate of the confused ship?

It was last September, the ship Royal Diamond 7 was caught in the act of possessing prohibited material (aircraft fuel) and diverted to Greece. He stayed there for a month. The cargo was emptied and seized. And a lawsuit is filed against the shipowner.

Does the operation have enough resources on site?

A chief of operations will never say that he has enough means ". But for now, Irini has " enough » of both naval and air resources to carry out the heart of its missions: control of the embargo on arms and oil trafficking. This contrasts sharply with the beginnings, when it was not uncommon to have a single ship in the area.

In the air, the operation has six devices which all have small names: Italian drones (alias Strega/Bolt), planes, the 'Pirate' (Poland), the Seagulls (Luxembourg), the Joker (Germany ), Xenon (France), and Digenis.

What is the area of ​​operation?

European means remain outside the Libyan 12 nautical mile zone, on the high seas. The Libyan government has not allowed European ships the right to control its ports and territorial waters. The operation area (Area Of Operations) is thus divided into three sub-zones corresponding to different logics: the South-West sub-zone (SAW), which globally covers the waters facing the territories +/- held by the GNA, between the Tunisian border and Sirte and goes up to the north, largely below Sicily; a sub-zone is defined in the North (SAN) between Tunisia and Sicily (where ships with migrants sail, and which is only covered at the air level); and a South-East sub-zone (SAE), which covers the waters facing the territories +/- held by the forces of Haftar, between Sirte and the Egyptian border, and goes up to the North-East not far from Crete. 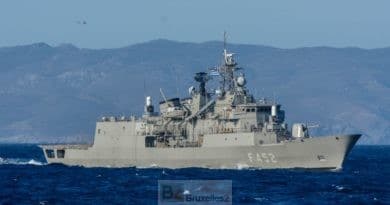 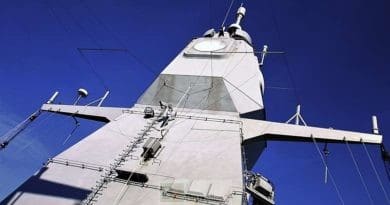 The Hamburg in Operation Irini in August