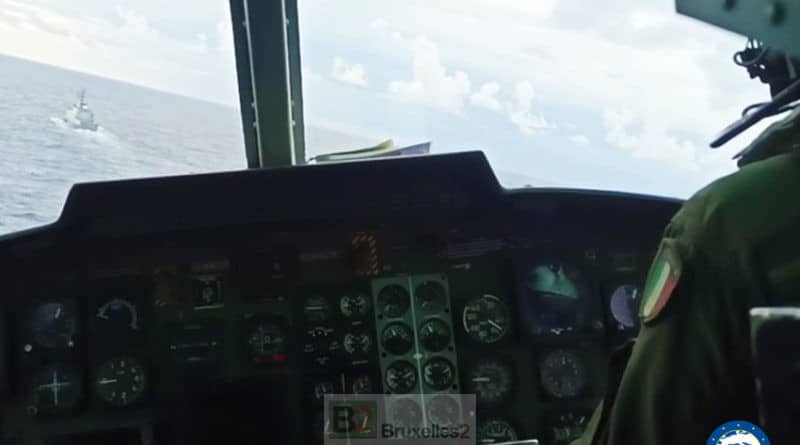 (B2) Europeans are no longer 'paper dwarves'. The Union has become a leading actor that is anchored in the long term. Maritime surveillance zones are expanding. It's a major turning point that is being prepared at sea

Between the multinational operations carried out by a few Europeans, in a coordinated fashion, and the operations carried out within the framework of the common security and defense policy (CSDP), the Europeans are today in a position to provide surveillance of several maritime areas, not only in their immediate surroundings, but also further afield.

1. The Central Mediterranean. The EUNAVFOR Med Irini operation, originally focused on human trafficking, was refocused in April 2020 on controlling the arms embargo and oil trafficking in Libya. It has an executive mandate, that is to say with the possibility of inspection, or even arrest or seizure of ships. Mandate given by a United Nations resolution.

2. The Red Sea, the Gulf of Aden and the Indian Ocean. Operation EUNAVFOR Atalanta, originally intended for the fight against piracy, has just had its mandate reviewed and corrected from January 1, 2021. It has an executive mandate (forced inspection, arrest, seizure) , given by a resolution of the United Nations Security Council.

3. The Strait of Hormuz and the Gulf of Oman. Operation Agenor — military component of EMASOH (European Maritime Awareness in the Strait of Hormuz) —, essentially responsible for monitoring threats from Iran and ensuring the smooth movement of tankers and other LNG carriers, which shuttle between the Gulf and Europe to ensure the supply of oil and gas. A mission launched on the initiative of France, which is not formally under the command of the European Union, but was set up in the same spirit and with Europeans. It has no executive mandate.

4. The Gulf of Guinea. It is the testing ground for coordinated maritime presences, a new lightweight European concept, making it possible to coordinate national resources present in the same area. Concept decided in 2019 and which will be implemented in 2021 (read: Defense ministers open the door to a coordinated maritime presence mechanism). In the Gulf, three navies — Portuguese, Spanish and French (Operation Corymbe) — are almost permanently present in the area, not to mention bilateral efforts (Belgian for example). Most of their activity is determined in close coordination and in support of the local navies. But they also have a general executive mandate, arising from the law of the sea, allowing them to intervene on the high seas in the event of piracy.

To this must be added:

Some elements to understand this turning point

Reflection and evolution under the weight of threats

This is the result both of a carefully considered strategy — the implementation of a maritime security strategy (EMSS) in 2014, driven by France, but also the Mediterranean countries (Portugal, Spain in particular), threats (Somali piracy in 2007-2008, the migration crisis in the Mediterranean in 2015-2016, the stabilization of Libya in 2020) — and opportunities, such as the withdrawal of NATO from anti-piracy operations and a less multinational presence of Americans in some areas.

The transformation of Atalanta, a real signal

The addition of four new objectives for monitoring trafficking of all kinds (weapons, drugs, coal, illegal fishing) — with an executive mandate (forced inspection, arrest, seizure, bringing to justice) for the first two areas (weapons and drugs) — testifies to this development, which anchors the Europeans in a role of 'police of the seas' in an area of ​​strategic interest, outside European territorial waters (with the exception of Reunion and Mayotte). Moreover, it completes, even makes up for the shortcomings of the multinational mission driven and led by the Americans (CMF), which no longer has as much activity as in the past.

Air and satellite are key vectors for surveillance operations

Naval resources are not the only ones mobilized. The European concept is also to federate air and satellite means, which are essential in this surveillance action. The very close, operational cooperation set up in the Mediterranean and off the coast of Libya with the EU satellite center in Torrejon in Spain (EUSC) will have to be watched closely. It could serve as a prelude to more systematic development.

This inventory could change in the future. On the one hand, the concept of 'coordinated maritime presences' experienced in the Gulf of Guinea is intended to be extended to other areas. Greece and Cyprus are therefore applicants for the Eastern Mediterranean. Finland or Sweden could do the same for the Baltic Sea (which today is more of an Atlantic Alliance patrol zone). On the other hand, new maritime areas are becoming strategic today. It is not forbidden to think in this way that the Arctic will become a common surveillance zone in the next five years. The situation in the China Sea, now a little further away from centers of European interest, could also become an additional anchor point.

A dominant: the European interest

In the end, we note that in these operations, Europe and the Europeans put forward an axiom: the defense of their interests, which is raised to the same rank (or even above) the historical objective of stabilizing areas to risk. We are no longer here in (theoretical) debates on European sovereignty or strategic autonomy, but in a practical application. 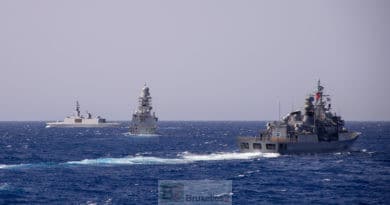 Turkey-France. The Courbet incident is over. NATO tries to forget 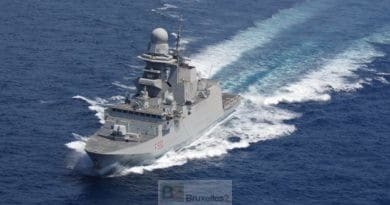