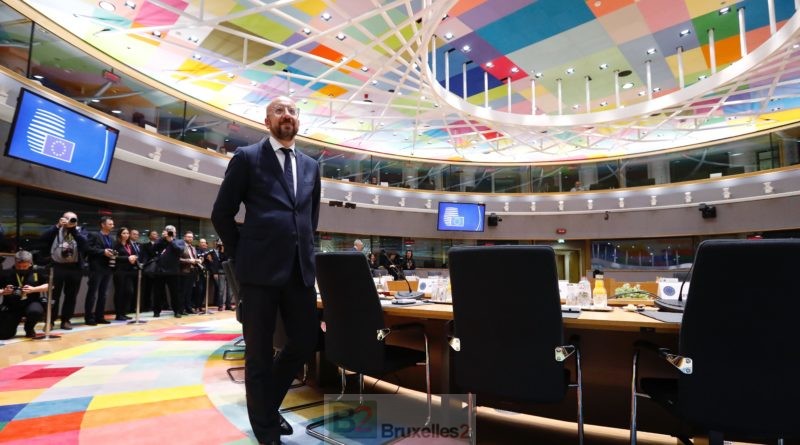 (B2) The failure of the European summit on Thursday and Friday (February 20 and 21) on the 2021-2027 budgetary framework is above all due to the divisions of the '27'. For sure. No one really wanted a compromise. Neither the cheapskates nor the spendthrifts. But Charles Michel has a significant share in this crash. His working method, his dispersion, his lack of style weighed

While his appointment has been in effect since the end of June 2019 and he has been officially in office since the beginning of December, it cannot be said that the new President of the European Council took his task to heart right away. As soon as named, Tintin Michel go for a walk. Istanbul, Cairo, Jerusalem and Tel Aviv, Addis Ababa, Tirana and Skopje. In a few weeks, in January and early February, the number of official trips outside the EU is not negligible.

Each time, it is accompanied by a declaration, which links standard sentences, rather banal. Even the communiqués of the SEAE (the European diplomatic service), however cut to the line, where each word is weighed against the yardstick of national diplomacy, say more. And if the collective writing is too succinct, the High Representative of the EU, Josep Borrell, with rather frank language, allows for a much clearer and more direct language, while remaining diplomatically correct.

Charles Michel does not stop there. He uses his phone. He calls Iranian President Rouhani to whom he talks about the Iranian nuclear agreement (JCPOA), position in the Middle East, etc. A few days later, just before the Berlin conference, he telephoned the Russian leader V. Putin to talk, again, about a bit of everything (Libya, Middle East, Ukraine). And, again, he know. Because the diplomacy of 'Tintin Michel' seems more focused on the desire to assert himself, than on that of bringing 'real' added value (1).

This makes people cringe a little in European corridors. On the side of experienced diplomats, we consider these positions to be rather useless and untimely at best. " It's the enthusiasm of the beginnings we are told. On the Russian side, we laugh, knowing how to vibrate the 'vanity' fiber of the former Belgian Prime Minister. Which was not too possible with his predecessor, Donald Tusk…

If you question a European diplomat, he will answer you: yes, without hesitation.

A role set by the Treaty

According to the Treaty, the President of the European Council has a role of external representation (2). But, it should also be specified, the Treaty considers this function to be secondary to the role of chairing, leading and preparing the meetings of the European Council, and above all of ensuring " cohesion of the Council (3). On the 'Middle East' issue, despite all efforts, two dissonant voices are heard (see box). Regrettably...

This function of external relations must be carried out in close liaison with the High Representative who is the real head of European diplomacy. To him, on a day-to-day basis, the presence on all hot issues of the moment, particularly in crisis areas. As well as authority over EU delegations, writing diplomatic telegrams, such as chairing meetings of foreign ministers. However, liaison with the High Representative does not seem to have been completely effective.

This does not mean that the President of the European Council does not have the right to speak and that his external speech is not important. But it should not be wasted. It is very valuable, in particular for negotiating with strategic partners, for ensuring presence in major international forums, such as the G7 and, above all, for maintaining unity on major foreign policy issues. Unfortunately, this role is also missed (see box).

A forgetting of priorities

By reversing the priorities, the President of the European Council has undoubtedly made a rookie mistake and overestimated his strengths.

Charles Michel had an important task: to find an agreement on the future budgetary framework of the European Union. A delicate, arduous task, which would require a constant presence. The very distant positions, hardened by time, deserved hard work. The failed summit on Thursday and Friday proved that. This failure is also that of a certain lack of preparation. Finding a compromise is not achieved with a few video conferences or visits to heads of government or state.

This requires not only seeing each of the protagonists, but also visiting each of the parliaments, meeting the socio-economic groups, understanding the ins and outs of each State, in order to make them bend and amend their position. Benedictine work, led for example by Michel Barnier on Brexit (successfully). It's far less glorious than going for a walk in a few capitals of the Middle East, the Balkans, or Africa. It's true. But that's the 'job'.

By thinking of dispensing with such work, Charles Michel overestimated his strength of conviction. Believing that a few phone calls, long bilateral discussions and that a Belgian-style 'finish' negotiation could work was a gamble. Without serious preparation beforehand, the bet was very risky. Like the dynamic young executive who is suddenly offered a 'unlimited pass, Charles Michel thought he was authorized to project himself under the 'sunlights' to be able to pretend to solve the problems of the world. It was a little presumptuous.

A directorial trio who struggled to find their style

Because the current President of the European Council has neither the experience of his compatriot Herman Van Rompuy (who played it discreetly) nor the strength andhate  – it must be admitted – of the Polish Donald Tusk. Two personalities who preceded him in this position, each with their own style. Charles Michel still has to get his bearings. He is not the only one. The first steps of the President of the European Commission, Ursula von der Leyen, are also disappointing. The only one to do well today is the 'old man', Josep Borrell. To have two weak links out of three, who 'pull the fluff', instead of walking, hand in hand, it's a shame. At a time when, more than ever, Europe needs leadership, this is a mistake.

Regardless of what the entourage of the President of the European Council likes to say, Charles Michel (did) (not) force European unity against the American plan for peace between Israel and Palestine. It was not he who was the main architect of the gathering.

The first press release published very soon after the publication of the US plan, 'in the name of the 28' (the United Kingdom was still a member), was a press release of expectation and a reminder of the European position. The European trade union minimum (read: The US peace plan for the Middle East welcomed with caution by the Europeans).

But the apparent unity quickly split. And it was not possible to repeat the exercise a few days later. This forced the High Representative of the EU to make a statement in his own name (supported by a majority of the EU) and not in the name of the Union as hoped. The Czech Republic and above all, Hungary, with a visit to Washington and a resounding statement from its Minister of Foreign Affairs, publicly expressed its disagreement with the common position (read: The American peace plan for the Middle East in violation of international law denounces the European Union). 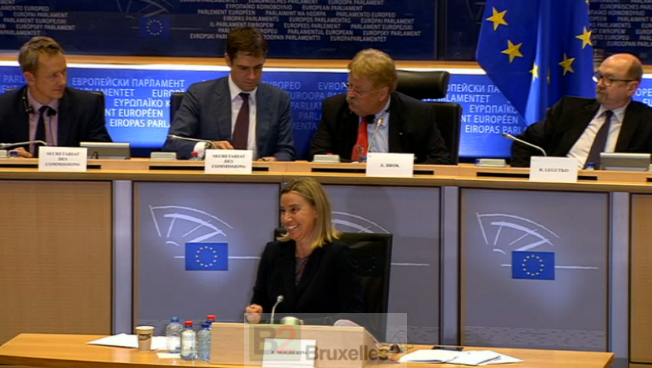 Federica Mogherini's hearing. The victory of the Azurra squad 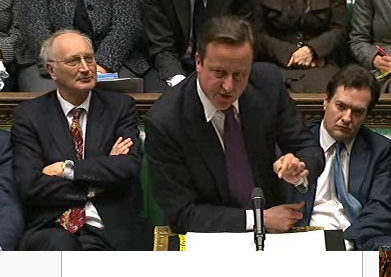 A few lessons from the last summit: buttons the English out of the EU? 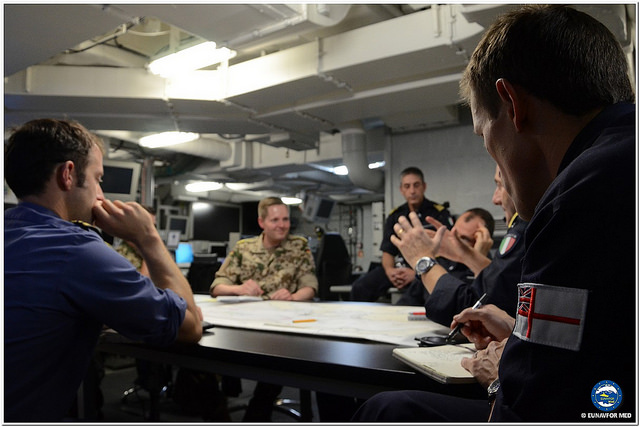 An operation passed under the radar screens: Sophia. What is his record? (V2)