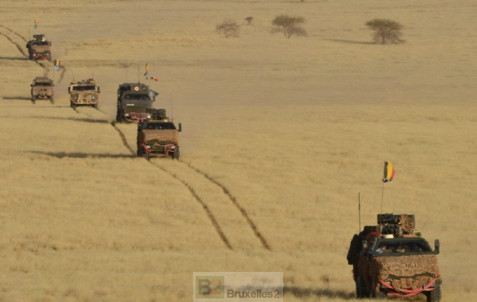 (B2 in Heverlee) The two Belgian soldiers, injured by the explosion of a homemade device between Tessi and Ansongo on January 1, are well. Their vehicle, on the other hand, is out of order. What happened that day? How were they rescued? Back to an incident that could have had more dramatic consequences

Several days after the incident (Read: Two Belgian soldiers injured in Mali by an iED), the Belgian army had organized a briefing on Monday for some journalists, B2 made the trip to HQ. This made it possible to learn more about this incident.

Where did the incident take place?

The convoy made up of two platoons of aerialists and support modules (mechanical, logistical, medical) and force protection had left Gao a few days earlier for an observation and intelligence mission, known as ISR (Intelligence, Surveillance & Reconnaissance) (1). The eight vehicles - seven Belgians, one German (Medevac) - were driving from Tessi to Ansongo - we were then about 70 km from the Niger border and 120 km from Gao - when the lead vehicle exploded. By the way, the Dingo II triggered the working detonator, on a pressure plate system, and triggered the explosive charge.

What was the damage?

A crater has dug. The front part of the vehicle was completely destroyed. And the engine thrown 50 meters ". That is to say the magnitude of the shock. But, fortunately, men were in a Dingo vehicle with some protection (see box). " The vehicle has a 'safety cell', a security cell for personnel. The goal is that, even if the engine tears off, this safety cell remains intact. In this case, it worked well” assures us the commander Jean-François of the battalion of mounted chasseurs. Hence a relatively limited balance sheet. " Could have been more dramatic says Major General Johann Peeters. And indeed, when you see the inside of the vehicle's survival cell, you can see that it has been shaken badly. The photos prove it.

What happened right after the explosion?

« The soldiers reacted well, as they should says Major General Peeters. It must be said that this type of situation is the subject of regular exercises both before deployment and on site: what should be done in the event of an explosion? What security measures to take? How to take cover? What is the medical procedure? etc

How was the medical treatment?

The wounded soldiers were taken care of immediately by the doctor who was in the convoy. Then they were evacuated by a medicalized Romanian helicopter from MINUSMA, which arrived on the scene about a good hour after the incident. Two hours after the incident, at 12:05 p.m., the wounded were inside the fortified camp of Gao where the UN force and the French force Barkhane are co-located. The Belgians were directed to the field hospital (role 2) from the French.

Simply because there is a technical agreement between Belgium and Barkhane. A choice that is determined in advance and not on a case-by-case basis, explains an officer to B2. The other military hospital on the base of Gao is a role 2 held within the Minusma by the Chinese. It is " more practical » for the Belgians, to be welcomed and cared for by the French: there is a community of language and a certain common operational tradition. In terms of time, it's identical, the two hospitals are barely 300 meters apart. It's just the landing zone for the helicopter that differs.

Do we know more about the explosive device?

The investigation is ongoing. And not everything can be revealed. What we do know is that the load was quite heavy: 30 kg. This explains the extent of the damage. It is also known that it is not a remote-controlled release device, but a simple pressure system. " We pass over it, it jumps. We miss a few centimeters, and we pass unscathed says an officer. It is not yet clear, however, whether the device was installed overnight, or whether it was already present several days earlier. The Belgians had, in fact, gone through the same route the day before, in the other direction. Without undergoing anything. Similarly, a convoy of Malian vehicles also passed. No damage either.

How are the military doing now?

« They are fine assures General Peeters, Deputy Chief of Staff 'Operations and Training'. They got away with it without too much damage: a strong concussion, (big) muscle tension due to the shock. A (very) big whiplash which resulted, all the same for one, by repercussion, to be unconscious for a while. But nothing serious. The injured were not repatriated. They stayed on the spot, with their comrades, and were able to resume service. They decided, themselves, to continue the mission, we specify to the Belgian staff. They should return as planned with the entire contingent by March.

How was the psychological follow-up ensured?

Two psychologists were, by chance, already on site in Gao, for another task. A welcome coincidence. Their mission was extended until January 9, in order to be able to follow the wounded soldiers. They were able to examine and discuss with them. They have " found that they were recovering well and that there was good cohesion ". Decision validated by the command and the medical corps.

Have the patrols resumed?

Yes. The Belgian detachment belonging to the Battalion of Chasseurs à Cheval (also known as the Istar Battalion Intelligence, Surveillance, Target Acquisition, & Reconnaissance) resumed their patrols in Mali within the Istar battalion commanded by the Germans. " We reconditioned a spare vehicle. And the day before yesterday (Saturday), they carried out a patrol. In the following days, they will make another patrol, short, of one day. And, then, they will resume the rhythm of patrols, in a normal way, over several days explains Carl Gillis, head of the operations division.

Are there any risks?

They stay. " It cannot be ruled out that other incidents may occur indicates the Belgian staff. IEDs are a common threat in Mali. In 2019, there were thus more than 100 incidents of this type, including 99 in the Mopti-Segou zone, 19 in the Kidal zone, the same in that of Gao and that of Timbuktu, 10 in the Tesalit zone and 1 in Bamako. .

What will happen at the internal and judicial level?

A double investigation was carried out. On the one hand, "the Belgian federal prosecutor's office has decided to send a small mission, with a rogatory mission in the country, for a case related to terrorism says Captain Carl Gillis, head of the operations division. On the other hand, that of the MINUSMA incident team, Weapon Incident Team or WIT, which dissects and analyzes each incident, whether with weapons or an IED. The WIT report will be shared with the Public Prosecutor's Office. " If possible, we will try to recover and repatriate the wreckage of the vehicle to Belgium to investigate. This will also serve to improve our procedures and have valuable information for the future. says the naval officer (2).

DINGOs and PIRANHAs are today the only Belgian military vehicles to have an effective level of protection against IEDs. " There is indeed a renewal or update program for other vehicles says Captain Carl Gillis, head of Defense Operations. Unfortunately, the government being in day-to-day business, the necessary budgets cannot be released. " We're wasting time! alerts the commander. " Military security is not a routine business. Zero risk does not exist but the risk must be reasonable. We must increase the chances of survival of our soldiers by providing them with appropriate equipment ».

French, Malians and Dutch looking for the Air Algérie flight 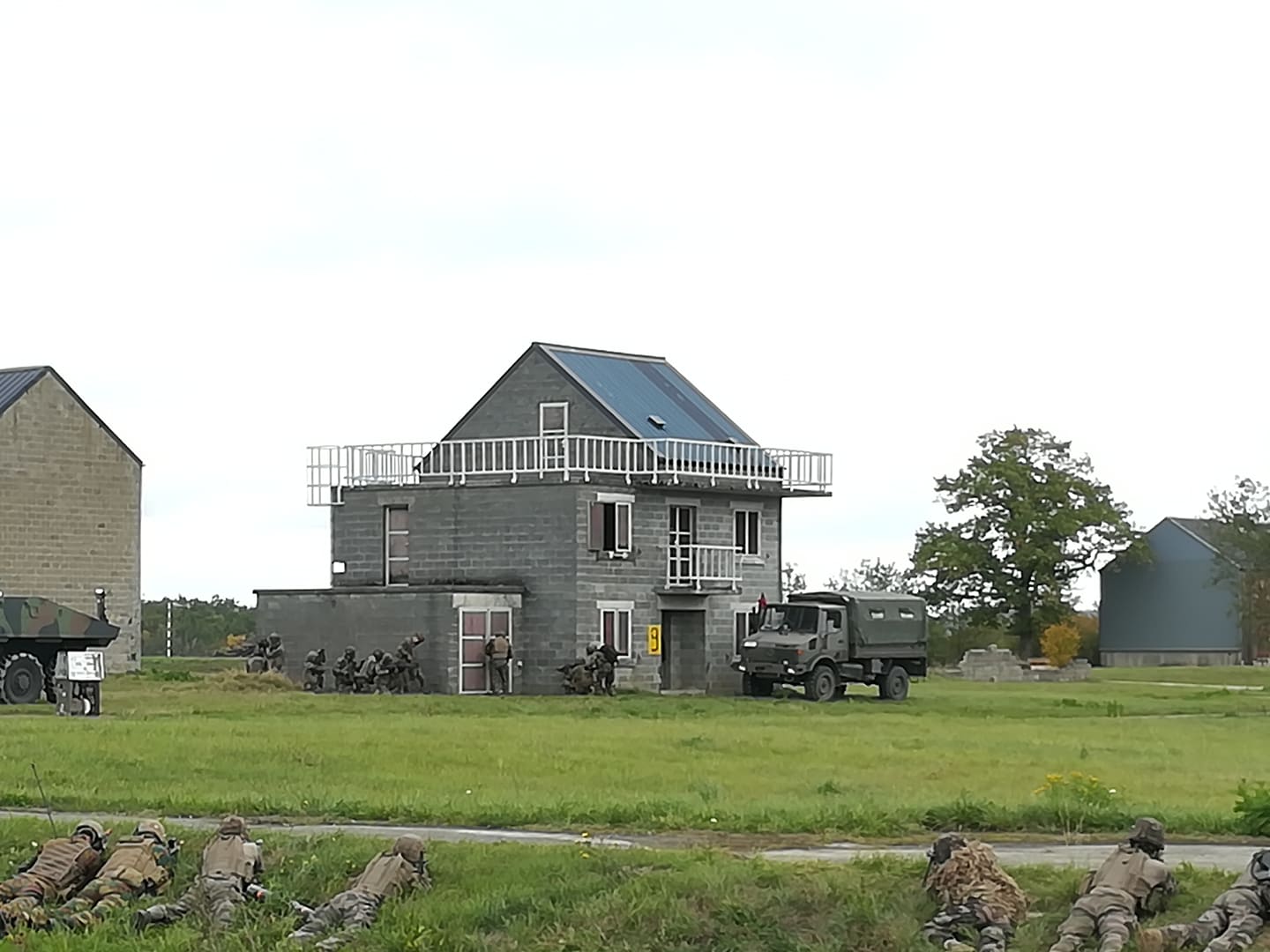 Celtic insurrection in the province of Luxembourg

For the Brichet parents, deliverance

One thought on “Belgian soldiers injured by an IED in Mali in early January. Details to know"