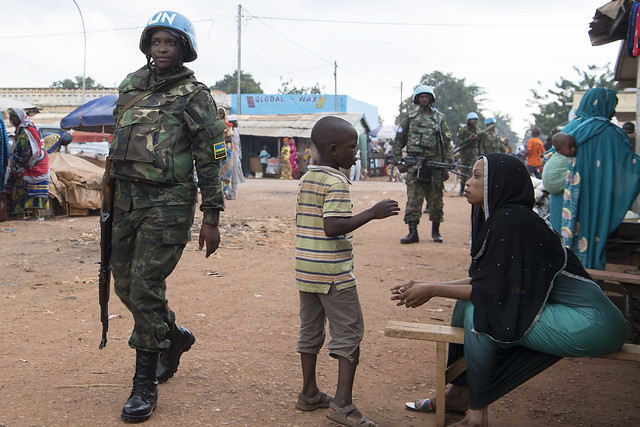 (B2) Seven months after a peace agreement signed between armed groups and government authorities, security is improving (a little) in the Central African Republic, but not the humanitarian situation

Despite " armed groups have signed agreements in which they undertake not to use child soldiers », this practice has not disappeared. This is partly linked to the fact that young people aged 14-18 don't have a proper education, job or hope for the future ". " There is nothing easy in the Central African Republic, especially if you are a child”. Rape remains pervasive, with the movement of people across the country not helping to control the situation, while " the justice system is weak ". Added to this is a real risk linked to Ebola because the health system has collapsed. " The refugees, the majority of whom are in Cameroon, if they decide to return […] will put pressure on the little that exists in the Central African Republic. »

If there is one progress to note, it is that people [are] on the streets again », a sign of a renewed sense of security. However, " the country needs to be rebuilt, [because] there has been massive destruction. And it takes a long-term effort ". Another problem, the armed groups need to find another way to generate income since they signed the peace accords. This implies " an increase in violence related to criminal activity ". The end of the clashes therefore does not prevent the situation from remaining unpredictable ". Moreover, in the north of the country, a " start of conflict […] between two armed groups” emerges, "the first time since the peace agreement ».

The expected return of the state

In the end, everything is linked to the absence of the state in the country. In some areas, there is only " la MINUSCA and the humanitarians present ". As for the impact of the country's security sector reforms, "oWe can see a greater presence of the Central African Armed Forces (FACA) and government police. They launched a call for recruitment and received an overwhelming number of applications.. Finally, " the people want [above all] a restoration of state authority ».

Comments collected during a press briefing on September 20 in Brussels. 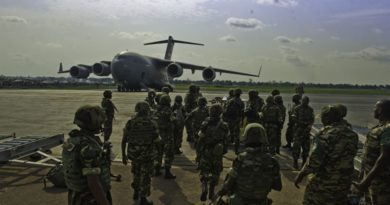 The Europeans stammer, the Americans articulate

France and Spain decided to act on maritime piracy