(BRUXELLES2) When an organization is unable to pay its suppliers on time, is reluctant to pay within the time limits, looking for all the tricks to not pay or to have payment delays... this is called having difficulties. In the private sector, this imposes a procedure for receivership or cessation of payment. In the public (in the Member States) this is called presenting a deficit and a debt.

The European Commission does not obey any of these rules. Its “privileges and immunities” due to an international organization avoid private procedures. And it is not entitled to either the deficit or the indebtedness. But the reality is there: the Berlaymont is struggling to make ends meet. So, to bring reality into line with the rules, we cheat… What is the state of play?

Arrears of payment: a European specialty

A random and risky clearance plan

Certainly a plan has been put in place to reduce the backlog. And this figure should drop below 2 billion euros by the end of 2016. But it remains both very possible and uncertain. This reduction brings only temporary respite ". She is " solely due to the fact that the receivables presented for both the 2007-2013 and 2014-2020 programs were lower than expected ". In other words, when the new programming starts, this backlog will begin to increase again. Moreover, it is very partial, “no measure has been taken to address the 'hidden backlog' identified under other headings"

The Commission, queen of accounting tricks

To compensate for these arrears, the European Commission has put in place a whole battery of accounting mechanisms. So the " pre-financing percentages have been reduced. Certain calls for proposals or calls for tenders have been deferred ". The implementation of the new 2014-2020 programs has thus been slowed down significantly. artificial ". This is the case, for example, of the calls for proposals of the 'Horizon 2020' research program in 2014: approximately 1 billion euros were not committed. What are modestly called " reduction measures clearly looks like…budget cavalry.

Rather fussy than paying

Another aspect — of which I became aware — the verification of eligible expenses, already complex, has recently become a little more finicky. The objective is not so much to ensure that the money is spent on a regular basis, but to find a way to make additional savings. Some local authorities have also given up seeking European funds, in particular the European Social Fund, given the uncertainty surrounding the amounts reimbursed in the end, which is added to the complexity of the files and the slowness of reimbursement of sums committed on behalf of the European Union.

This is not without consequences for certain policies. Thus for humanitarian aid, the " severe shortage of payments in 2014 " had " negative impact on EU rescue operations remark the parliamentarians (1). And this risk could reappear. The parliamentarians are therefore calling for an emergency plan to " prevent a new payment crisis at the end of the current (budgetary framework)” which ends in 2020. Because the needs linked to the refugee and migrant crisis are increasing, as are ordinary payments (structural funds, strategic funds, etc.).

The slate is such that the Commission must now regularly pay compensation for late payment. The amount is still modest: 3 million euros in 2014 as in 2015. But it is not negligible all the same and testifies to the difficulty of managing the budget. And again, at the Commission, all the tricks are good to refuse the payment of these allowances. Sheltered behind their status as a public authority, the managers of the Commission use all their administrative talents, sometimes resorting to the whole panoply of the payer in bad faith...

In this backlog of payments, to incriminate only the Commission would be a mistake. Responsibility is more general. The vast majority of Member States demand that the European budget contribute to new tasks, without wanting to cut back or redistribute on old tasks (not to touch acquired advantages). And the budget was designed in imbalance, between the sums committed and the payments. But the Commission cannot escape its own responsibilities either (see below).

(1) A point confirmed by the European authorities themselves at the time (Read: Humanitarian aid. European treasury running dry et The budget is lacking for European humanitarian aid)

A device inherited from the past, unsuitable today

The Commission's operating system, inherited from the past, from the glory years of 1980-1990, seems out of breath and relatively unsuited to the new challenges. Despite the arrival of Jean-Claude Juncker, theupdating necessary has not taken place, in particular in the operation of the European 'shop'. What facts.

In some sectors, we desperately scratch a few hundred thousand euros, while in others, we scratch our heads to succeed in… spending tens of millions of euros. The administrative system is still based on the propensity to spend everything rather than to spend well. The quality of a “good” administrator remains “well” to spend all the money. In other words, it is better to spend 99% of the sums allocated, no matter where, than to spend only 60% of the sums, for better purposes!

A large part of the Commission's work is thus devoted to internal auditing, 'reporting', drafting calls for tenders, proposals, etc. The time of public officials is more devoted to the management of the 'machine '. And the civil servant, European militant, dedicated, competent, becomes a rare commodity.

The Commission continues to resort to costly external services (consultancy, communication, etc.), the concrete contribution of which is often quite questionable, instead of relying on internal skills, which are very real. Some consultants are content to make a vulgar synthesis of … the Commission's own production. Internally, this trend has an immediate effect: demotivating the troops...

Posting of workers. A parliamentary note points out the dysfunctions 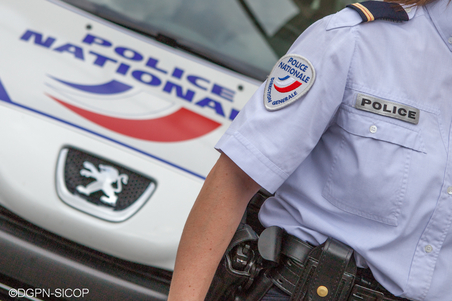 Look no further for the European Crossmed. Go through Poissy! (shift)

The OpsCenter, some financial details