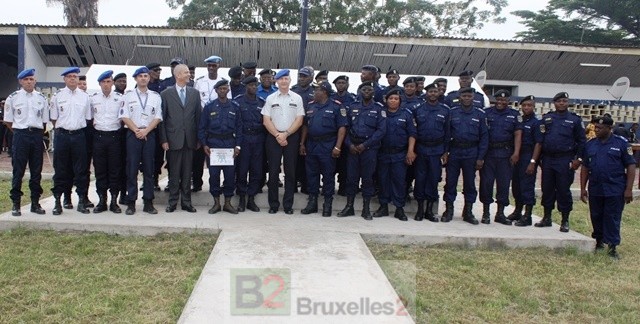 The European Union police mission, EUPOL RD Congo, organized – in collaboration with the Congolese National Police (PNC) – an evaluation and refresher session on maintaining and restoring public order. Nearly 60 trainers from the National Intervention Legion (LNI) and Mobile Intervention Groups (GMIs) “East” and “West” Kinshasa of the PNC benefited from this training from May 19 to June 14, 2014. The objective of this session was to check the lessons previously given by the experts of the EUPOL mission on peacekeeping in order to ensure that these functions are truly assimilated by the trainers of the Congolese National Police. This "monitoring" - provided by three French trainers from the CRS (Republican Security Companies) - also made it possible to contribute to the standardization of intervention techniques and working methods between the national and territorial units of the PNC specialized in the area of ​​law enforcement.

At the Afghan Ministry of Interior, all Afghan security forces assisted by members of EUPOL controlled security for election day (June 14). General and Minister Delegate for Security Mohammad Ayoub Salangi and EUPOL Head of Mission Karl Ake Roghe were – on election day – inside the command center – keeping tabs on everything. Under the command of General Salangi, dozens of people from the police, the army, members of the mission were present to ensure that the day of the election passed without incident. For Karl Ake Roghe, was “ impressed with the professional management (of the Afghans). They were in full control of the situation, they showed real leadership ».

18 EUCAP Nestor staff members received the European Security and Defense Policy Service Medal for their services during a ceremony held at EUCAP Nestor Headquarters in Djibouti on Wednesday 11 June. The awards were presented by EUCAP Head of Mission Nestor. " With this ceremony, we also want to pay tribute to our three colleagues, injured in the terrorist attack in Djibouti on May 24, They should have been with us today and should have been standing in the ranks,” declared the head of the mission, Etienne de Poncins, during a speech delivered in the presence of Admiral Bob Tarrant, commander of the EU anti-piracy operation EUNAVFOR Atalanta visiting Djibouti and the ambassador of the EU Delegation in Djibouti, Joseph Silva. This medal is an international military decoration awarded to individuals, both military and civilian, who have served in Common Security and Defense Policy (CSDP) missions for more than 30 days. The tradition was established by the EU High Representative for Foreign Affairs and Defense Policy in 2003.

The European Union Border Assistance Mission in Libya – EUBAM Libya – is providing 4-week search and rescue (SAR) training for 11 Libyan sailors and coast guards until 28 June 2014. This follows , to a one-month training of the Maltese Armed Forces Maritime Brigade supported by EUBAM Libya. Based in Malta, the Libyan Coast Guard carried out a series of training on maritime safety and security during the month of May. Objective: to put in place procedures to conduct a compliant boarding and to be able to defend oneself if the situation escalates. This training is part of an overall training provided by EUBAM Libya to its Libyan counterparts.

Members of the EUFOR Althea mission took part in a blood donation – in Butmir camp – on the occasion of World Blood Donor Day (organized by the World Health Organization on Saturday 14 June). EUFOR's medical adviser, Major Radoslav Ivanov, made it possible to organize the donation with the medical staff available and recalls that " all donors had to pass a preliminary medical examination to ensure their blood was suitable before starting ». 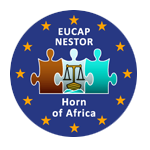 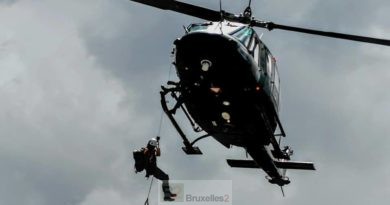 Duration and source of OpsCenter budget under discussion