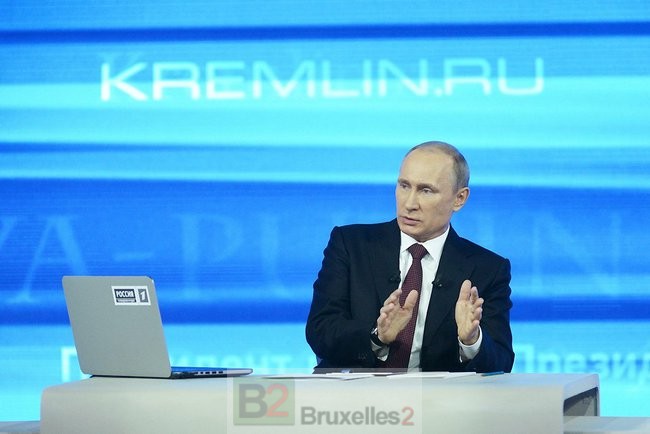 (BRUSSELS2) While the Russian President's designs seem clear to grasp on Crimea, for Ukraine we can still have some doubts (a little) but, beyond that, we have to wonder if a new deal is not taking shape in the Kremlin: are we simply in the presence of an opportune tactic consisting, short-sighted, in seizing a property and a territory within reach (Crimea), in the medium term, in reducing a perceived threat or real on its border (Ukraine) or in the longer term, to redesign a world policy. We can thus draw some lines of thought on the contours of a (new) Russian policy...

Crimea? The “blietzkrieg” annexation of Crimea seems logical in view of its strategic, economic and military importance for Russia. The desire to protect Russian minorities beyond the borders, openly announced by the Kremlin, like its ability to mobilize troops, also announced, similarly left no doubt about the Russian desire to destabilize eastern Ukraine. But the history of discussions between Russians and Ukrainians to renew the lease of their military base – concluded with difficulty by an agreement in 2010 – certainly weighed. Faced with a Ukrainian power ostensibly displaying not only a pro-European but also a pro-Atlantic leaning, Moscow no longer had to hesitate. We would therefore be witnessing a carefully planned attack which was then carried out and adapted to the circumstances. An offensive that will undoubtedly be detailed, analyzed for years, tactically in all schools of war and (counter-)insurgency.

The future of Ukraine? Everyone knows that a Ukraine firmly rooted in Euro-Atlanticism is not just a red flag for Moscow. It is a threat that Russia must neutralize. The new power in Kiev, blinded by support, strong in words, weak in deeds, from Europeans and NATO, took time to understand this deal. By fiddling about the Russian language, first of all. By then refusing federalization, which he now finds himself forced to accept as a last resort. By refusing to speak of neutrality to which he could well cling like a lifeline, he has signed a certain death warrant. The east of the pass is in the process of being destabilized for a long time. The Ukrainian armed forces there are weak and disorganized. Then will come the South East and the South (Mykolaiv and Odessa themselves described by Putin as having belonged to Russia during the tsarist era!). And we'll see if the rest (Kiev) will stand on its own or fall like a ripe fruit. To be continued.

Neighbors affected? However, Ukraine remains a very special case in the political and economic system of Russia and in its cultural and historical imagination. To conclude that Russia will not stop there to take back territories where NATO is installed is a real question. Moscow's intention is certainly to keep its area of ​​influence, an economic reservoir, a breathing buffer, which would thus go from Armenia to Uzbekistan, via Belarus, with Georgia and Moldova, otherwise neutralized at least benevolent. To start fantasizing about an idea like “the Reds are back” and an “invasion” of the Baltic countries would be wrong. Russian policy is currently “defensive”, reconquering lost lands. However, we must not remain naive.

Russia power ? It is obvious. Russia wants to regain its place in the international elite. She wants to recover the aura lost with the fall of the USSR. Moscow wants to discuss with the Great: the United States, China, possibly the European Union… It maintains a series of relations with other countries. This place on the international scene has been regained in recent years in a few crises, blowing hot and cold, particularly in Syria and Iran. By blocking any initiative at the international level – except the one negotiated by Moscow with Washington on chemical weapons – Moscow has used the Syrian conflict as leverage to serve its own influence in the Middle East and elsewhere. By weighing a certain weight in favor of a solution on the Iranian nuclear issue, he counterbalanced this attitude considered negative by a more positive role (in the eyes of Westerners). We are here in the classic.

A certain lack of trust between Russians and Westerners ? If Crimea can be seen as an act against international law, the Russians are also turning the argument around. The intervention in Kosovo in 1999 – and above all the recognition in 2008 of the independence of the new state detached from Serbia – is a prime example. But it's not the only one. The conflict in Libya in 2011 is a very serious hitch for the Russians. The use by NATO and the West of the Security Council resolution not only to intervene but to bring down the power in place has sown more than confusion in people's minds. To this, we can add the desire to install an anti-missile shield in Europe, turned a priori towards Iran, but not devoid of interest facing the East (if necessary). We should also mention the violation of the Gorbachev-Baker oral agreement not to set up a permanent NATO base in the countries “liberated” from the Warsaw Pact. One can conceive that in Moscow, the cup is full. All means, therefore, are permitted.

A team in power ? Then to see in this policy the work of a single man, Vladimir Putin, imposing him like a tsar on an entire country, and on his entourage, could undoubtedly come from a certain view of the mind. To be authoritarian, and worship the cult of personality, the Russian president does not seem to decide on his own. Without going back to the era of the Soviets, we are in a Russian collective, a new organization, more economic-political than political-ideological perhaps. “Pulling down” (figuratively speaking) the man would not automatically change the situation in Russia, or even make it worse. To study.

A new Russian thought ? an anti-pattern. However, we must wonder if there is nothing more than the ambition of a man and a country. Are we not here at a turning point? Doesn't Russia aspire to become again in a certain way an anti-model vis-a-vis the Western world? A model based on a certain power, a refusal of a certain arrogance, of a certain diktat of Western countries. The asylum given to Snowden would be a kind of precursor to this new policy. By granting its protection – through the use of the right of veto at the UN – to Bashar's Syrian regime, it develops an idea of ​​Isn't Russia in the process of taking the lead of the "non-aligned" XNUMXth century version century?

The end of Nice Russia? The (Western) vision of seeing Russia lose all credibility at the international level, lose its role as a “nice” partner, because it commits acts (Syria, Crimea, etc.) that seem contrary to European or American interests is undoubtedly a mistake. Russia doesn't want to be classed as a good guy. She prefers to be feared than adored, to play the role of the powerful brutal, the hard power than the soft power. As Dimitri Rogozin, then NATO ambassador, confided in 2008 during an interview about the installation of the anti-missile shield: “ we strike first, we discuss later ».

Isolated Russia? The ties forged with several countries: Iran and Syria in the Middle East, South Africa and Algeria – two countries opposed to NATO intervention in Libya, Argentina or Brazil, without forgetting Venezuela or Nicaragua in Latin America, India to a certain extent and China, half partner, half competitor – bear witness to this. This forms around the Euro-Atlantic axis and its Asian and African allies a whole which, without having the economic and political coherence of the "blue-orange" axis, a "green-red-black" axis which can largely thwart his views.

A tension strategy? At the time of globalization, this change of strategy can induce a loss of confidence, the loss of certain contracts, the fall of the rouble… Certainly it is a risk worth taking. But the Russian power invests: in time. He will lose this credibility for a few months, a few years. But it relies on a certain dynamic of “crises” and international tensions, resurgent or underlying. Some European preconceptions – such as energy diversification – have certain limits as well. Apart from Norway, the United Kingdom and the United States as well as in certain oil and gas States of the Gulf, the energy windfall is found in countries either not very far from Moscow (Iran, Syria), or at risk (Libya , Syria, Iraq, Algeria, Sudan…).

Economic leadership? At the economic level, this new Russian doctrine would not refuse the market or the business. On the contrary. this is one of its differences with the USSR of yesteryear. She trades. But she doesn't want a western-style free market. It is an organized market, structured around a few large companies, linked to the State in an organic, if not at least personal, way. We are in a “state capitalism”. A kind of protective country, of those who have no place in the Euro-Atlantic world. An economic model of Catherine II's Russia?

Three economic advantages? This "new Russia" would be based on two or three politico-economic pillars: energy (gas and oil), the armaments industry (ready to equip all the armies of the world which the Euros would not like or could not equip -Atlantic) and transport (an aeronautical and maritime fleet in the process of being reconstituted), without forgetting its political power. On the point of energy, we must not forget that Putin is not a neophyte in the matter. The title of his thesis presented in 1996 bears witness to this: “ the strategic planning of the renewal of the mineral base and raw materials of the Leningrad region in the context of the transition to a market economy”. A program of sorts!

Lech Kaczinski, the “atypical” European has joined the moon 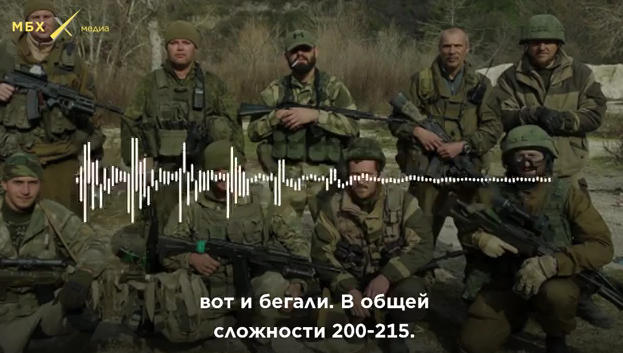 Who is the Wagner group, Putin's privates who act in Syria?