(BRUSSELS2, exclusive) The second force generation conference for the European training operation of the Malian army (EUTM Mali) could well be the right one. In any case, the three main problems could be solved, according to the information received by B2. However, there are still confirmations to be made on both sides. So caution is still in order this Tuesday (evening). But the trend seems positive.

The French should ensure the protection of the trainers' camp in Koulikoro. For their part, the Spaniards could ensure the “protection” of the headquarters of the mission (MHQ) in Bamako. The Germans, together with the Hungarians, will provide medical support for the mission (Role 2 in the jargon, or a “field hospital”). While the Belgians could take care of medical evacuations (Medevac). Two A109 helicopters are already on site (1 on duty, 1 replacement), at least for the first days of the mission. On the Belgian side, we remain very cautious, speaking more of support for Operation Sreval. Nothing has been done yet. On the French side, the Minister of Defense, Jean-Yves Le Drian, traveling to Vannes (Brittany), confirmed that France would put 150 men in the mission. In fact, the French could be a little more numerous: around 200 according to our information. Which will thus always constitute less than half of the workforce (the “red line” for Paris)…

The Europeans have already decided to speed up preparations. A first plane will leave Friday with 60 people. On the one hand, technical teams responsible for preparing for the arrival of the General Staff (transmissions, infrastructure, budget, etc.). On the other hand, liaison officers responsible for ensuring contact with the Malian army, which will then be the embryo of the “expertise” mission. 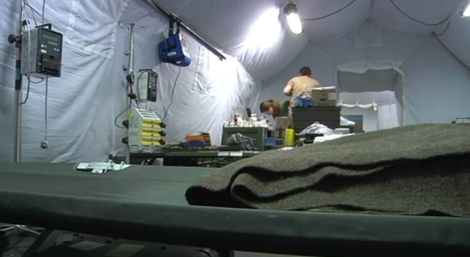 Gao released: "I have not seen anything like it"