(BRUSSELS2, exclusive) The question of the prosecution of pirates is a subject that worries Europeans, and especially the Danes, who hold the presidency of the European Union this semester. A Danish official confirmed this to B2. The Danish government thus plans to put this subject on the table of the Council of Ministers of Justice during their presidency.

The Danes are interested in more ways than one. On the one hand, at the military level, their ship Absalon is regularly engaged in anti-piracy operations (under NATO) and has repeatedly arrested suspects or pirates caught in the act before releasing them for lack of to be able to sue them. Just recently, he apprehended 25 suspects (read: 2 mother ships, Indian and Iranian, neutralized by NATO forces. On the other hand, it is a Danish diplomat, Thomas Winckler who currently chairs the “legal” working group of the international contact group on piracy.

Many topics to discuss

Several questions can thus be debated at European level: the conformity of the various national laws with international obligations – a Danish official from the Ministry of Justice assures us that, for his part, Danish law is in conformity. But this is not enough. There must also be practical arrangements for collecting and transferring evidence, such as the possibility of prosecuting accomplices or those who intend to commit the act. However, the solution preferred by many Europeans is a local solution, either by revitalizing the agreements made with several countries, or by establishing a local jurisdiction in Somalia or in one of the neighboring countries (as recommended by Jack Lang's report). The ministers could thus look into the means of accelerating the implementation of this solution and providing it with financial support, in terms of human capacities (experts, judges, etc.), equipment or materials.

Read also: on the operational action of Absalon 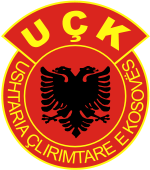 Witness protection in question in Kosovo

What you missed on your vacation