(BRUSSELS2) – updated 27 Sept and 1 Oct – The amphibious ship Galicia, which is taking part in the European anti-piracy operation (EUNAVFOR Atalanta) deployed in the Indian Ocean, released a fishing boat on 24 September Kenyan (the Sherry), hijacked by pirates and used as a mother ship, announces the Spanish Navy.

During a patrol, the Galicia's sailors detected a ship on radar. Looking more closely, they saw several people on the edge of the dhow waving to attract its attention. A visiting party then boarded the boat. The crew also warned the sailors of the presence of four pirates on board. They recognized their condition and were arrested without resistance, we say on the side of the Spanish navy. But some of the pirates were able to escape. Shortly before being intercepted, the rest of the pirates fled in a skiff, with weapons and ammunition, according to the testimony of the ten crew members freed. Galicia's helicopter set off in pursuit of the pirate ship.

The 4 pirates apprehended will be judged by the Kenyan authorities. They were handed over when the Galicia arrived in Mombasa on 29 September. Information confirmed by HQ Atalanta. The parties pleaded not guilty. The Chief Magistrate of the Mombasa Court, Lillian Mutende, refused, on October 1, according to the Kenyan press, their release on bail, in “the interest of justice”. She believes that there is little chance that they will represent themselves in court. The file could be examined on October 19.

11 pirates arrested by Nivose sentenced to 5 years in prison

11 pirates arrested by the Seychelles Coast Guard and Floréal 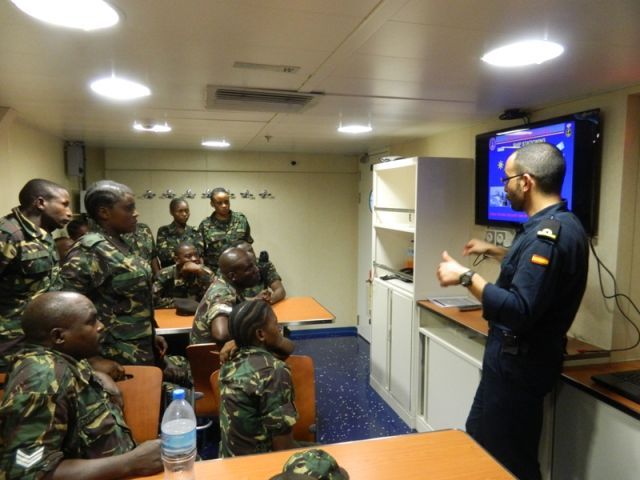