(BRUSSELS2) A series of new posts have been advertised in four “civilian” missions of the European Defense Security Policy.

EUMM Georgia. The call for tenders is part of the renewal of the EU observation mission in Georgia. Thus around a hundred observer posts (on secondment), as well as around thirty more specialized posts (political adviser, watchkeeper, etc.) are offered. A few positions are offered on a contractual basis (finance, human resources, security).
Deadline: July 20. Download the list of positions

EULEX Kosovo. Around 150 people are wanted – on secondment or on contract – in the “rule of law” mission in Kosovo (one of the largest in the EU). This 9th call for contributions can be answered not only by citizens of the 27 Member States but also by those of 6 third countries (Canada, Croatia, Norway, Switzerland, Turkey and the United States) who participate in the Eulex mission. One thus seeks the head of the anti-terrorist unit or the person in charge of training, or person in charge of the team "war crimes" to the advisers of police, customs, justice or armaments while passing by the legal expert, officers of security, or intelligence, specialists in finance or human resources, communications (radio, telephone, IT), helicopter doctors and nurses. In addition to specific professional profiles, most of the time it is police, customs or justice professionals who are sought. Some of these positions are delegated to Kosovar ministries.
Deadline: July 22. Download the detailed list of positions - Download the summary list of positions

EUSSR Guinea-Bissau. 8 positions are offered (on secondment) mainly expert advisers at the military, police and judicial levels. This is part of the slight reinforcement of the small mission of support for the security reform of this State, one of the poorest in Africa. The objective of the mission being extended to the judicial police.
Deadline: July 24. Download the list of positions

EUPOL DR Congo. The renewal of the police mission - and its extension to the judicial police - lead to the publication of 40 posts: political adviser, trainer, police adviser, judicial police, specialist in gender equality or sexual violence, paramedic, budget expert… Positions are based in Kinshasa, Bukavu or Goma. Most are wanted on secondment, except for three positions offered on contract (PPIO spokesperson, finance, human resources).
Deadline: July 17. Download the list of positions

The missions in Palestine are recruiting 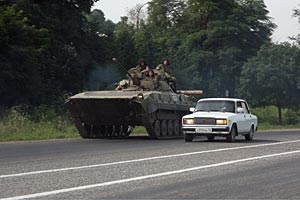 Condemnation for the disruptors of the Kosovo 2.0 demonstration