(B2) The Aviso "commander Bouan" - part of the European Atalanta fleet - handed over to the Puntland authorities on Sunday morning the 4 Somali wounded that it had recovered in the Red Sea in a small skiff, on May 28, after the attack on the MV Maud and the intervention of a Indian frigate. The two survivors had been handed over last Monday along with the bodies of the two other deceased sailors.

Even if there are strong presumptions that these sailors are pirates, injured by the Indian navy, at the HQ of Atalanta, we intend to remain as vague as possible: “there is no evidence whether or not they participated in the pirate attack. (And) According to international conventions (Solas Convention), captains of ships have the obligation to come to the aid of ships in distress“. The "castaways explained that they were citizens of Puntland in northern Somalia“. That is why the surviving sailors and the bodies were brought to Bossasso and “handed over to
puntland coast guard".

Comment: This is the first time – as an Atalanta fleet – that men have been handed over to Puntland authorities. In the previous cases, the boats (still French) resumed their national flag during delivery. It is true that this is a “rescue” operation. And of a kind of “drive home” by notifying the police of the district, in fact the coast guard of Puntland. And not of a delivery of suspects to the police forces of a semi-autonomous, unrecognized state with which the EU has not signed any agreement. Honor is safe! After what the authorities of Puntland do with it, it's another story, which only concerns the citizens of this State...

Summary: Sunday morning four sailors from Somalia, having been previously picked up from a distress situation, were safely brought back to their home country by a French Eunavfor warship, Commandant Bouan. “Ten days ago, on Thursday, May 28th 2009, eight Somali sailors were found in a small boat with no functioning engine in the Gulf of Aden. Two of them were dead, four others were injured and two were injured. They were found by the French Eunavfor Atalanta ship Commandant Bouan. There was no evidence found on the question whether these Somali people were involved in this piracy incident or not. So there were recovered by the French warship in accordance with the International Convention for the Safety of Life at Sea (SOLAS) obligating masters of all vessels to provide help to those in distress. The castaways explained to the warship's crew to be citizens from Puntland in the North of Somalia. So the two unhurt sailors and also the two dead bodies had been brought back to Boosaaso and handed over to the Puntland Coast Guard already last Monday.” 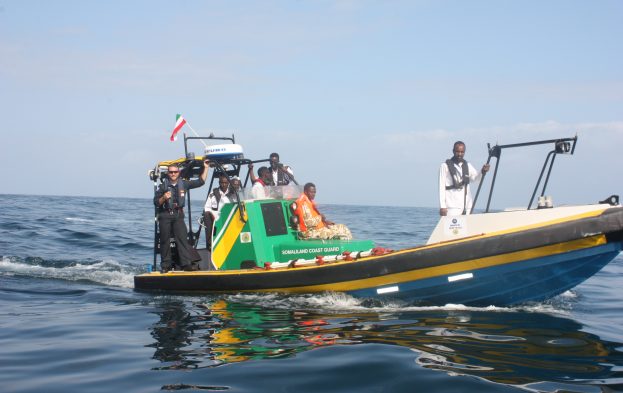 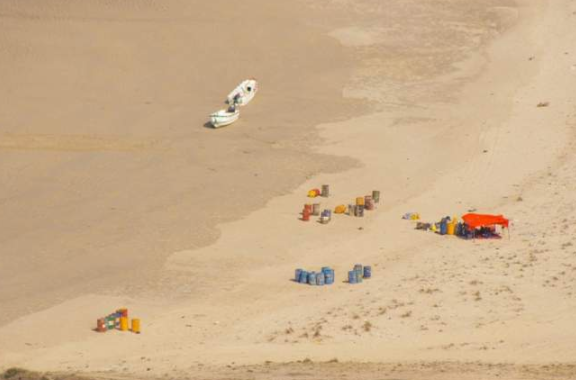