(BRUXELLES2) Is this a new Indian Navy blunder? In any case, certain facts suggest it. A Norwegian bulk carrier, flying the Liberian flag, the MV Maud, was attacked on Thursday morning in the Gulf of Aden (225 miles east of Aden) by pirates. He made a distress call. And if the vagueness remains on certain circumstances, there is now confirmation by the Indian Navy. It is indeed an Indian frigate, the INS Talwar, which intervened (NB: part of the crew of the MV Maud East Indian); and simply warded off the threat by firing at the suspect skiff. The result: two deaths!

It is explained that the frigate was escorting three merchant ships when it received the alert. She immediately sent her helicopter Chetak fighter and an RHIB, then instructed the merchant vessel to increase speed and perform a series of evasive maneuvers. But the pirates had already launched the boarding from the stern of the boat when the helicopter arrived on the scene. The Indian helicopter then opened fire using its 7.62 gun. And two pirates fell in the water. The RHIB then came abreast of the pirate skiff, arrested the remaining six pirates. On board, he discovered the traditional AK47, grenade launchers and a GPS device. The commandos also got their hands on a rocket launcher Katyusha. Rather unusual weapon in the hands of pirates, because quite long, it is more intended for land use. The weapons were seized, the gasoline of the ship emptied... And the Indian frigate - quietly - continued on its way and its
escort mission ! (read the story in Indian Today)

On the European side, the version is slightly different

Alerted, and at the request of Headquarters, one of the ships of EUNAVFOR Atalanta, a French frigate, arrives on the scene. For the purposes of “investigation” we specify at Atalanta headquarters. She actually discovered, near the scene, a skiff (which we have every reason to think could be this pirate skiff), on board which were found 8 people: 2 dead, 4 injured and 2 healthy and save. The people, who are “not classified as suspects” by Atalanta – no weapons or suspicious instruments were found on board – were “ taken care of on board, are treated by the doctor on board and will be taken to a medical center as soon as possible ". The whole question is to determine which country will be able to welcome the 6 survivors and where to bury the 2 deceased.

(Update: Friday 17:20 p.m. and Monday June 1): The bodies of the two people killed and the two survivors were handed over to Puntland authorities on Monday morning June 1. 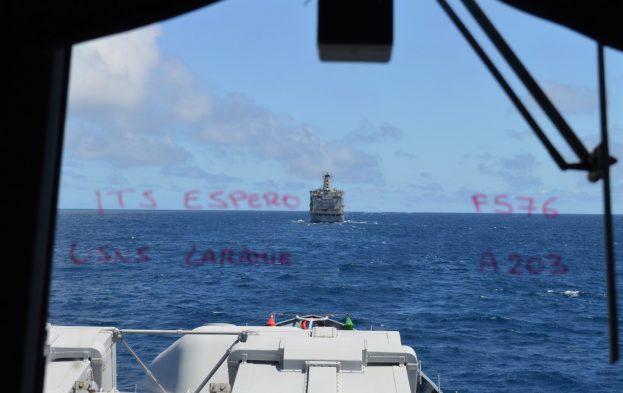 Failed pirate attack in the Gulf of Oman 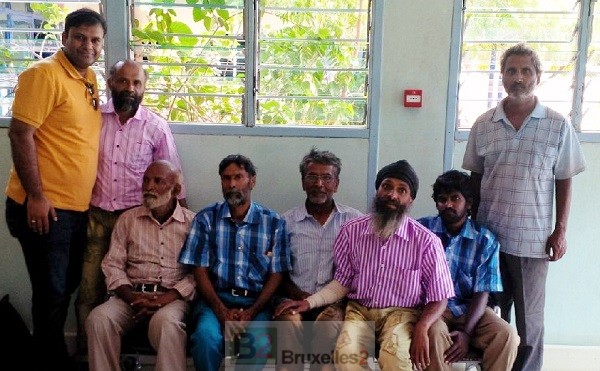 The 7 sailors of the Asphalt venture freed

The trial of the SPS Spessart hackers continues