(B2 archives) The suspense will have been kept until the end. History that the 25 Heads of State and Government gathered, in summit in Brussels, can have some measures to expose. But you have to be honest. Placed in the rank of priority of priorities, the declaration on terrorism is more like giving birth by the mountain of a mouse.

Admittedly, the 25 European governments undertake to implement, as quickly as possible, the series of measures adopted after the attacks of… September 11, 2001: the arrest warrant, the joint investigation teams, in particular. Admittedly, they are obligated to unblock the subjects still on the table of the Council of Ministers, such as compensation for victims of crime. Which is nothing. As a Prime Minister said when he entered the meeting room: “ we have enough words, now comes the time for application”.

No Mr. Terrorism, a simple coordinator

But, on the other hand, there won't really be a “Mister Terrorism”. A personality is going to be appointed by the Ministers to deal with questions of terrorism within the European Council of Ministers. In all likelihood, it should be Geert De Vries, a Dutch liberal, former Secretary of State for Home Affairs. But his power will be limited. " He will not chair the councils of ministers explains a diplomat based in Brussels. " Its main function will be to bring some order to the various structures (working groups, etc.) of the Council of Ministers and will ensure coordination with the Member States. It will thus have no means of pressure against recalcitrant States, will not be endowed with any operational capacity (police or intelligence) and will not be accountable to the other European institutions (Commission, Parliament) and even less to citizens. In short, a simple liaison agent, a kind of Eunuch of Terrorism.

As for the intelligence agency, it is still born. By simply committing improve the flow of information made available to Europol", the 25 does not set the bar too high. By asking Javier Solana, the Secretary General of the Council of the European Union, to make proposals for the June summit, they are giving time to time… Time for other attacks?

Constitution: we are progressing

Let's give thanks to the Irish and the Spaniards, most of the Heads of State and Government probably thought during dinner last night! The file of the European Constitution seems to be unblocked. The former, who preside over the European Union, have, through painstaking work, renewed the threads of dialogue. The latter, by bringing to power the pro-European, José Luis Zapatero, gave the salutary boost. An arrangement therefore seems possible on the sensitive issue of the mode of decision-making. This would pave the way for the adoption of the Constitution by June. Most European decisions can then only be approved by a double majority of Member States representing the majority of the population. Ironically, it is the fallen conservative, José Maria Aznar, who will have to endorse this compromise on behalf of Spain, as the new government has not yet been formed.

Terrorism. A hesitant Latvian EU presidency and sidelined itself 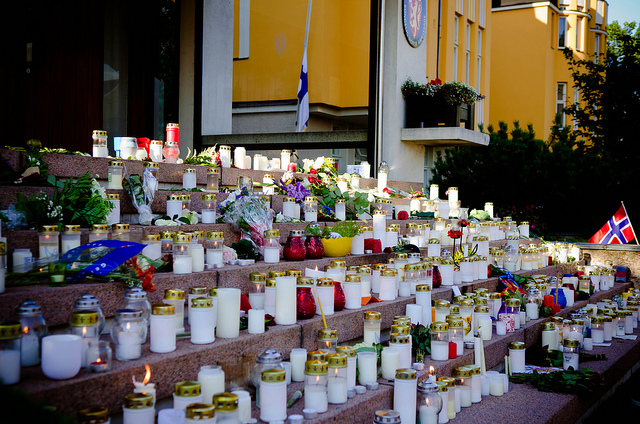 The mistaken target of European anti-terrorism