(B2 – exclusive) This is not the Dunkirk retreat. Even though it looks like it. The Brits are tiptoeing out of CSDP missions and operations. The decision will be final… in 2021.

The British Ambassador in Brussels, Tim Barrow, has just written to Helga Schmid, the EEAS Secretary General, a short letter to formalise what everyone has been pressing for several weeks: the definitive British withdrawal from all CSDP missions. B2 read the letter.

A withdrawal is in order

Basically, it says: “As you know, we have been able to maintain our participation in CSDP missions/operations during the transition period. I would like to inform you of the withdrawal at the end of the transition period on 31 December. We will continue to work closely with the EU and its Member States to minimise this disruption and ensure an orderly withdrawal”.

That is it. The ambassador does not go any further. He cannot. Everyone knows that the negotiations on the exit agreement are very delicate at the moment. And that any misstep could cost him his job. Everyone also knows that the British participation in future CSDP missions is an issue that can be very easily resolved either by means of a framework participation agreement (20 have already been signed) or by simple ad hoc participation. But that time has yet to come. Indeed, the association of third countries is today more the norm than the exception in CSDP missions and operations: from the Turks and Chileans in Bosnia and Herzegovina to the Americans in Kosovo, the Georgians or Canadians in Ukraine, the Serbs in Africa or the Norwegians in Palestine, there is no shortage of examples.

In military terms, this decision is of little consequence. The bulk of the transfer took place at the beginning of 2019, when the HQ for the anti-piracy operation was transferred from Northwood (UK) to Rota (Spain) (read: Opération Atalanta : Rota prend le commandement) and when EUFOR Althea’s command changed hands (read: Brexit oblige, le commandement de l’opération EUFOR Althea va passer à un Français). The British are no longer the bulk of the missions/operations. I have spoken about this with several officials. It’s difficult to take stock of the situation because the numbers are so low. According to our elements, they are a few in the training missions in Mali and Somalia (EUTM Mali and EUTM Somalia), a few others in the stabilisation operation in Bosnia-Herzegovina (EUFOR Althea) and a few citizens of Her Gracious Majesty are still present in EUAM Ukraine in particular.

In most cases, Europeans have taken the lead and replaced certain strategic posts (e.g. the intelligence officers at EUFOR Althea). The only problem is for the (out-of-theatre) reserve company in Bosnia and Herzegovina. Several ideas were put on the table: an input from the Austrians, who are not far away, or simply battlegroups. All in all, it is not insurmountable on a European scale. Bye-bye!

I came to tell you…

This letter therefore sounds like an aria from Gainsbourg’s song, Je suis venu te dire que je m’en vais, recorded at the Phonogram studios in London in 1973, after having suffered from a heart attack (and in the aftermath of the UK’s accession to the EEC). Unlike the original, where one could hear Jane Birkin crying on the soundtrack, I’m not sure that Helga Schmid cried a lot when she read the long-awaited break-up letter. 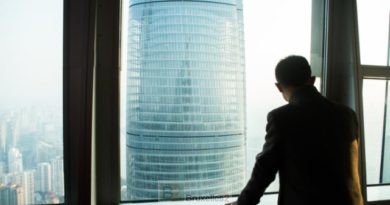 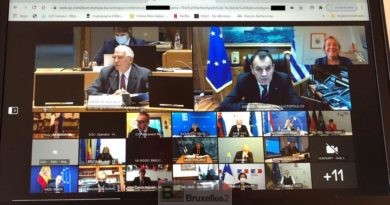 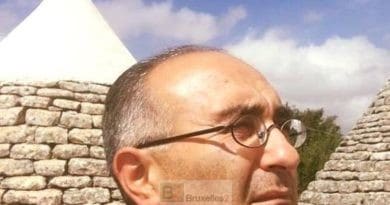 This is how the European dream ends. And they don’t even realise it