(B2) While Brexit is on everyone’s mind, thinking about Europe’s potential future leaders seems futile. « It is way too early » was I told by various actors, diplomats and established observers of the European scene whom I was interviewing…

And yet… Everyone is thinking about it! The European Commission will need a president by June or July 2019 at the latest – a designation which will kick off a tumult of nominations to the other key European positions, to start with its alter ego, the president of the European Council, the president(s) of the European Parliament, as well as the High Representative of the Union for Foreign Affairs and Security Policy (1).

The official contender is Manfred Weber, candidate of the European People’s Party. He claims, if his party comes first in the European elections, the presidency of the European Commission. An obvious destiny that nevertheless faces three obstacles: some members of the European Council do not seem set on promoting this SpitzenKandidat system; the man, despite its various strengths, does not fit the unwritten criteria for that position; he is his party’s representative, which can give rise to certain divisions during the European Parliament’s vote. His natural destiny would thus rather lead him towards the Parliament’s presidency instead.

His possible challenger is the Frenchman Michel Barnier who has many advantages going for him as a well-known interlocutor for the Parliament and member states’ leaders, a real European character as we like them in Brussels, with friendships and networks going beyond its political group. Yet to see if Emmanuel Macron wants it. If France “wants the job”, ‘it will be difficult to refuse it’ indicates an experienced observer interviewed by B2.

The candidature of Margrethe Vestager, a time evoked (in particular by some elements of La République En Marche !), seems unrealistic… today. The Danish Commissioner does not really have the support of her government, the first criterion for this post. She also suffers from her country’s policies as Danemark is not involved in all European political initiatives. Finally, she does not belong to the majority party (EPP) at the European level, since she emerges from the Danish Social-Liberal Party (RV)…

In the European Council, it is Mark Rutte’s name which comes up regularly, like an antiphon. The Dutch PM (Liberal) might succeed to Tusk as the heads of state’s intercessor and moderator – whether he wants to leave his national position is yet to be confirmed. His severity, more than once demonstrated during the monetary crisis on the role of a ‘strong’ Euro or towards its Eastern European comrades, its indelicacy with a few dimensions of the rule of law, might make him the target of a few vetos, preventing him from ever applying. Odds: 1 out of 4.

A possible contender would be the Lithuanian Dalia Grybauskaite (-). Quite knowledgeable on certain European issues – she managed the agriculture’s budget – she has some advantages: to be a woman, to represent Eastern Europe, and to not be constrained by a political party affiliation. Although she is not far removed from the Christian Democrats, she often had to rule in cohabitation with a government of Social Democrats, peasants and greens. What could be more eclectic. In addition, she is available because her term as president (non-renewable) ends in May. In a way, she would embody some continuity with Donald Tusk. Adept of outspokenness, she always has the right word when she arrives in the meetings of the European Council. Which makes her somewhat of a celebrity in the press. Yet to see if she actually wants the position: the applicant has so far denied being a candidate. But this kind of denial quickly gives way. Score: 2 out of 4

Another potential candidate, the Finnish Juha Sipilä from the center party (Kesk / ALDE) might find itself prematurely available if his party suffers a defeat in the legislative elections. He has the asset of coming from a ‘modest’ country in the depths of Russia, hence well aware of the risks and threats brought about by the new configuration in Moscow; he is a member of the Euro; and has played a significant and positive role in the midst of the migration crisis. He is well perceived both in Paris and Berlin, which is not a disadvantage. Discreet, but taking an active part in the European games. Score: 2 out of 4

Finally, Belgium’s Charles Michel (Liberal / ALDE) is starting to make himself known within the European sphere, a “spare wheel” in case of a non-renewal of his Prime Ministry after the general elections in May. The article of the daily Le Soir mentions him expressly. Even if he has not this far displayed a specific enthusiasm for European politics, he seems more interested in these issues than his predecessor Elio di Rupo. If it can be hard to imagine, one must always stay wary of the Belgians when their eyes wriggle. They have no equal to achieving their objectives (cf. Herman Van Rompuy’s example). Score: 1 out of 4.

The head of the European diplomacy

For the position of High Representative of the EU, it is a total mystery. Potential candidates to succeed Federica Mogherini on the 1st of November are not legion. For many ‘big’ countries (France, Italy, the Netherlands…), the office is not so interesting as the High Representative is too engrossed in matters of foreign affairs to be available on ‘economic’ matters or domestic politics, primary competencies of the European Commission.

Current German Minister Ursula von der Leyen (CDU / EPP) has much experience as the head of the German defence apparatus. Though once perceived as a likely rival for Angela Merkel, the road seems blocked now. A new European direction would allow her to rebound in a field, European affairs, in which she is at ease and has obtained certain results. The Slovak Miroslav Lajcak (S & D) would not scorn a comeback in the European sphere after the end of his presidency of the OSCE. But the relatively limited freedom of action of the Slovak diplomacy would make him more suited for the position of commissioner / assistant High Representative, tasked with the enlargement and neighbourhood policies of the Union.  A Spanish candidate might as well be put forward in the person of Josep Borrell (S&D). But his age could be a serious handicap, and another Spaniard could be picked. Which fits into Madrid’s agenda to impose itself on the diplomatic scene.

A few challengers have been evocated, but they do not fill out all criteria. It is the case of social-democrat SpitzenKandidat Frans Timmermans who faces the same obstacle than M. Vestager; namely, the lack of support of his government. The Belgian Didier Reynders (Liberal) could have been an excellent High Representative, before he announced his candidacy to the General Secretariat of the Council of Europe. The Swedish Margot Wallström (S&D) could have been a strong contender. She fits most of the required criteria (experienced, social-democrat and a woman). However, just like Josep Borrell, her age could get in the way. 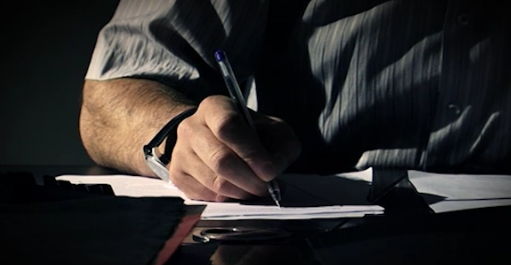