(B2) The presence of 50 positive cases on the French aircraft carrier Charles-de-Gaulle is all the more alarming as only one confirmed case has been detected for the moment on the Belgian frigate Leopold I. Was it luck or did Belgium make the right tactical choice by interrupting the mission, in terms of health and safety?

Here are the elements gathered, at good source, on the evolution of the Belgian frigate Leopold Ier (F-930), which took part in task force 473 around the French aircraft carrier Charles-de-Gaulle (R-91), after the discovery of a suspect (confirmed) case of coronavirus in the Belgian frigate in the meantime. To be completed if necessary at a later stage.

Had the Belgian frigate made a stopover in Brest and were the sailors able to leave the ship?

Yes, like the entire naval aviation group, the Belgian crew was able to leave the ship during the stopover in Brest (13 to 16 March). But with instructions that depended on the local situation “expected at that time”. Among the instructions, two were essential: avoid “certain areas” and “wash your hands frequently enough”. On Sunday (15th March), when the town went into lockdown, the sailors returned to the ship. The Leopold I left Brest the following day, Monday (16 March).

What happened when a case of coronavirus became known? Was the French headquarters notified?

The sailor showing strong suspicious signs was evacuated from the Belgian frigate on 20 March. As soon as it was confirmed that the test was positive for coronavirus, (NB: on 24 March), order was given to prepare the return to Belgium. The (French) staff of the naval aviation group was then notified.

NB: We cannot imagine, knowing the impeccable chain of command in place within the French army and the strategic and symbolic value of the Charles-de-Gaulle, that this information was not quickly (or even immediately) passed on to the naval staff, the army staff, or even the minister’s office and the private military cabinet of the president of the republic. Why was there no other reaction on the French side. Mystery…

What happened to the Belgian crew?

The Belgian frigate arrived on 27 March at 9.20 a.m. at its base in Zeebrugge/Zeebrugge. There the crew was welcomed by the medical chain. Afterwards, everyone was put in quarantine for a period of 14 days (standard observation period), in order to avoid as much as possible further contamination of the population, either at home or at the barracks. For military personnel with family members at home “who are part of the risk group” (older people, or those with lung failure), Defence has provided for quarantine in a military facility (military school). Each sailor has been given an information package, instructions to follow and contact details, and is being closely monitored, medically and psychologically, throughout this period, I am assured.

Are there any other known cases?

No other cases have been detected so far (8 April), according to an official source, almost 14 days after the discovery of a suspicious case (20 March).

At the end, which tactic was the best one?

A question that can be asked at both the health and operational levels. On the health side: 40 suspects on the ‘Charles’, 1 suspect case (confirmed in the meantime) on the ‘Leopold I’ and no other suspect case. On the operational level, on the Belgian side, the frigate is in port, the quarantine is almost over. And (in pure theory) it could be operational again. On the French side, the aircraft carrier is still not in port, the quarantine is not over. The aircraft carrier would therefore be inoperable (still in theory) for at least a good fortnight … 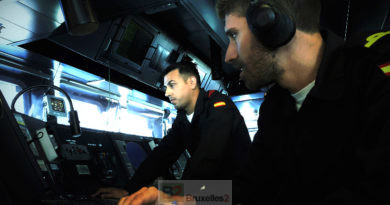 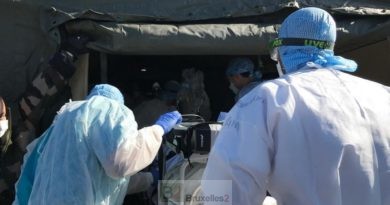 At least 600 French military personnel affected by the coronavirus. 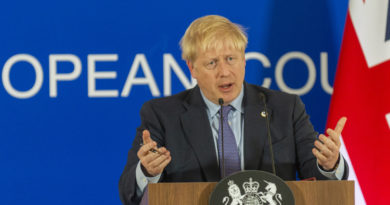