(B2) At a time when the Berlin process is in danger of getting bogged down in the sand, the EU High Representative, Josep Borrell, is calling for a ceasefire in Libya, for political discussions to be held and, above all, for the need to support and set up Operation Irini, which still does not have the necessary means to begin its maritime operations to monitor the arms embargo.

An ongoing war of attrition

The conflict in Libya, right on Europe’s doorstep, has continued for years, directly affecting EU interests. […] The situation today has changed. The Libyan National Army, under the command of General Haftar, has moved towarsd Tripoli in an attempt to take over the Libyan capital. Forces of the UN-recognised Government of National Accord are fighting back and, as a result, a war of attrition is underway.

And so the fighting continues unabated, despite intense efforts of the United Nations and despite the clear commitment to work for a ceasefire made by all Libyan factions and all major international actors including the EU at the Berlin conference last January and in turn endorsed by the Security Council.

The fighting in Libya is fuelled by weapons and other military reinforcements coming from abroad, in direct violation of the UN imposed embargo. Confronted with this situation, the European Union has understood it needs to assume greater responsibility to address the Libyan crisis. In addition to the suffering it brings to its own population, instability in Libya also affects the security of its Maghreb and Sahel neighbours, and thus threatens wider European interests.

It is clear today that an effective ceasefire is required for the start of political talks and the launch of a national reconciliation process among the rival Libyan groups. Stopping the flow of arms and military assistance into Libya should change the strategic calculus of the parties and diminish the viability of any ‘military solution’. This in turn should constitute a strong encouragement to accept and comply with a ceasefire. In sum: we need to stop the flow of weapons and create space for diplomacy to work. That is the main goal of operation Irini.

As a major contribution to stem the flow of weapons and thus to create space for diplomacy to succeed, the EU has launched a new EU naval operation in the Central Mediterranean, called Irini, after the Greek goddess of peace. Operation Irini replaced operation Sophia and it was launched under very different circumstances. Operation Sophia was established in 2015, at the height of the so-called migration crisis and its primary aim was the fight against the organised- crime that is responsible for migrant smuggling and trafficking in human beings. Other tasks were subsequently added to its mandate, including the implementation of the arms embargo on Libya, which was imposed by the UN Security Council in 2016.

Only the European Union has taken action at sea on monitoring the embargo.

The experience of operation Sophia showed that even if all UN members and relevant regional organisations are invited to support the implementation of the arms embargo, including through inspections of vessels on the high seas and seizure of illicit cargo, only the European Union has contributed actively to these efforts. It also showed that the presence of naval assets is crucial, for reasons of credibility and effectiveness.

The presence of necessary naval assets

Operation Irini brings back EU naval assets to the Central Mediterranean, from where they had been absent for almost a year, roughly coinciding with the start of General Haftar’s offensive on Tripoli. Its focus is clearly the implementation of the arms embargo. UN Security Council Resolution 2292 only allows for enforcement action on the high seas. This is something operation Irini will be well equipped to do and its mere presence should act as a powerful deterrent for maritime traffickers.

Monitor also the embargo on earth and on air

At the same time, it is clear that various actors are using air routes and land borders to bring weapons and military support into Libya. While this is equally forbidden by the UN Security Council, there is at present no international authorisation to stop these activities. To deal with this situation, operation Irini will be provided with technological means, including satellite and aerial, beyond what can be detected by naval assets, that, in full respect of international law, will allow it to report to the relevant UNSC bodies as fully as possible on any other potential violations of the arms embargo by air or land routes.

The EU expects that this combination of maritime control and the active monitoring of other routes will produce a strong deterring effect on all those who continue to support the conflict in Libya, despite clear international interdiction, and despite the suffering that their actions cause. We call on them to join us instead and deploy their energy and influence to promote a political solution, in good faith.

We know that operation Irini is not a silver bullet. On its own, it will not bring peace and stability to Libya. But it can contribute to making external military interference more difficult, by exposing those that are responsible. And if external military interference is diminished, chances for a sustainable ceasefire will increase, and with that the prospects for a genuine political process.

That is why everyone who wants an end to the war in Libya should support operation Irini without hesitation.

Chapo, title and headings are by the editorial staff. 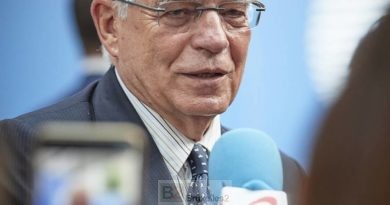 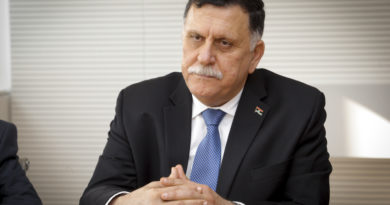