(B2) Disclose, a new NGO dedicated to investigative journalism, has published this Monday (15th of April) its first investigation on French arms’ sales to the coalition active in Yemen

At the heart of this enquiry, a note classified as ‘defence confidential’, authored by the Direction du renseignement militaire (DRM), with two advantages: it confirms the French government’s doublespeak and gives credence to rumors of operational difficulties faced by the Arab coalition in Yemen

For NGOs, one of the challenges is to demonstrate that France is exporting armament despite the risks for the populations in the field. The leak of this DRM’s note on the Yemeni operation theatre confirms these allegations and represents an opportunity for the dozen of non-profits mobilised against the French arms’ exportation policy.

Florence Parly, caught in the act ?

Ever since the start of the Yemeni conflict, the rhetoric of the French government has been to assure that arms exports to Saudi Arabia or the United Arab Emirates are granted on a case-to-case basis when Paris is certain that these weapons will not be used against civilian populations. Disclose’s team has identified multiple addresses by the Minister of the Armed Forces which highlight the executive’s bad faith. On October 30th, for example, Florence Parly declared on BFM TV : « We have no negotiations in the works with Saudi Arabia ». Yet a contract on major artillery pieces, the Caesar gun-howitzers, was signed the following December. Considering the length and sensitivity of such negotiations, how to ignore it?

The note from the DRM has indeed been transfered to President Emmanuel Macron, Minister of Armed Forces Florence Parly, as well as to their teams. It lists precisely the position of the different military equipments imported by the coalition’s countries, notably the French. Among the most sensitive : Damocles laser targeting pods to guide aviation firing, Mirage 2000-9 jet fighters or the Ceasar gun-howitzers.

The Ceasar at the heart of worries

The note confirms the use of French military materials in the coalition’s operations under Saudi and Emirati flags. Arms that could have, as NGOs regularly denounce, contribute to war crimes commited in Yemen. Military intelligence insists in particular on the utilisation of Caesar canons, estimating that, because of their range and despite the fact that they are posted « on the defensive » inside the Saudi territory, they threaten 436.370 Yemini civilians. Disclose goes further by identifying multiple villages in which civilians were killed while, despite the presence of American, English and Chinese-made canons, French Caesars were the only ones within range.

Most of the material identified as risky by the DRM have been delivered well before the start of the conflict. However, Disclose reveals that sales took place afterwards, with sensitive materials involved. Nexter signed in December 2018 a contract on which it remained very discrete, baptized « Artis », and which includes the delivery of new Ceasar gun-howitzers to Saudi Arabia, as well as Titus vehicles and 105 LG towed howitzers. The French government has thus indeed authorised armaments’ deliveries to a country which situation is so sensitive it cannot assume for certain that they will not be used against civilian populations.

The French are not the only Europeans concerned, even though they remain, with the Americans, the most represented on this list. The DRM’s note catalogues major materials used in Yemen and supplied by the English (Typhoon and Tornado planes), by the Italians (Abi Dhabi corvettes), by the Germans (Marayjib class corvettes, Murjan minehunters) or the Swedes (Saab 2000 Erieye, Ghannatha class patrol boat).

The publishing of this note also shows that the coalition engaged against the Houthi rebels, coalition that France is supporting with these armaments’ delivery is not succeeding in registering decisive progresses on the field.

While the coalition has centered its engagements in Yemen around air forces, the DRM notes that the Royal Saudi Air Force’s targeting is not optimal to say the least. Despite the help of the Americans in the matter, the close air support operations are recent and « badly mastered by the crews ».

While Saudi troops started transitioning from a purely defensive position at the border to operations in Houthi-controlled territories in the summer 2018, the DRM assesses their system as « maladjusted, unreactive and outdated when faced with guerilla warfare ». Against improvised explosive devices and the insurgents’ artillery fires, the Saudis are handicaped by the mountainous geography, the lack of precision of their shooting and the adversary’s agility. For the French intelligence, the « Saudi operations are held in check ».

Worn Emiratis on the ground

On the other hand, the Emiratis, principal contributors of the coalition in ground forces, suffer from the conflict’s length. For the DRM, two factors are problematic : the human losses (between 105 and 170 casualties) as well as the bad organisation in staff rotations… That sometimes leads to deployments as long as 18 months on the military theatre. The Emiratis also have difficulties in the maintenance of their Leclerc tanks, which they have to bring back home each time they need it.

One of the main explanations for the occidentals’ support to the coalition is the fight against jihadists groups, active in Yemen for a long time. It is the only front on which progresses seem to have been registered. « Al-Qaeda in the Arabian Peninsula (AQAP) and Daesh […] seem weakened by the ground operations led by the security forces trained and equiped by the United Arab Emirates », writes the DRM. 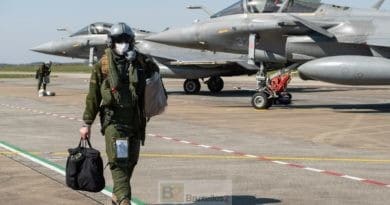 French armies communication in the turmoil 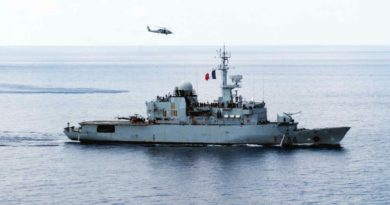